>MADE IN TEHRAN #07
>Robotic STEPFRAMEs


Architectural robotics includes the design, integration, and implementation of programmable machines in manufacturing processes and/or in operational responsive systems. This workshop focused on the first set of applications referring to methods of production that employ numerically controlled fabrication routines for architectural implementations.
This Workshop intended to provide an introduction and overview to architectural robotics as a creative inter-disciplinary emerging realm. The manifestation of this research and process was design computation methods and prototypes focusing on stairs as fundamental and dynamic architectural elements, which was exhibited once during and once at the end of the workshop. During the studio, Scalalogy (the science of stairs) was a reference as a comprehensive branch of architectural science that dealt with the interdependence of humans and stairs.
A fundamental element of architecture and an essential tool of ascent, stairs have captured the imagination of architects throughout time and challenged them to exercise their creativity and skill in making and reinventing them repeatedly. In addition to their interdependence with humans from a practical point of view, stairs appear in arts, literature, and movies as wonderful and whimsical constructs. Moreover, from a computational design point of view, stairs are nested for-loops with which one may explore complex and performative configurations. This complexity can be understood as multi-scalar architectural heterogeneous patterns integrating structure, function and aesthetics.
In the 19th century, French architects used to produce scale models of staircases they had built. The models were extremely detailed and were used similarly to a modern-day portfolio allowing the architects to carry them around and showcasing their skills and craft to attract future clients.
Reviving this historical reference, and noting the inherent parametric nature of stairs, students built 1:1 staircase prototypes. The materialization was a fusion of robotic fabrication techniques as well as human craft and detailing with the results exhibited in Platform 28 and PATTERNITECTURE event at Niavaran Artistic Creations Foundation (NACF). 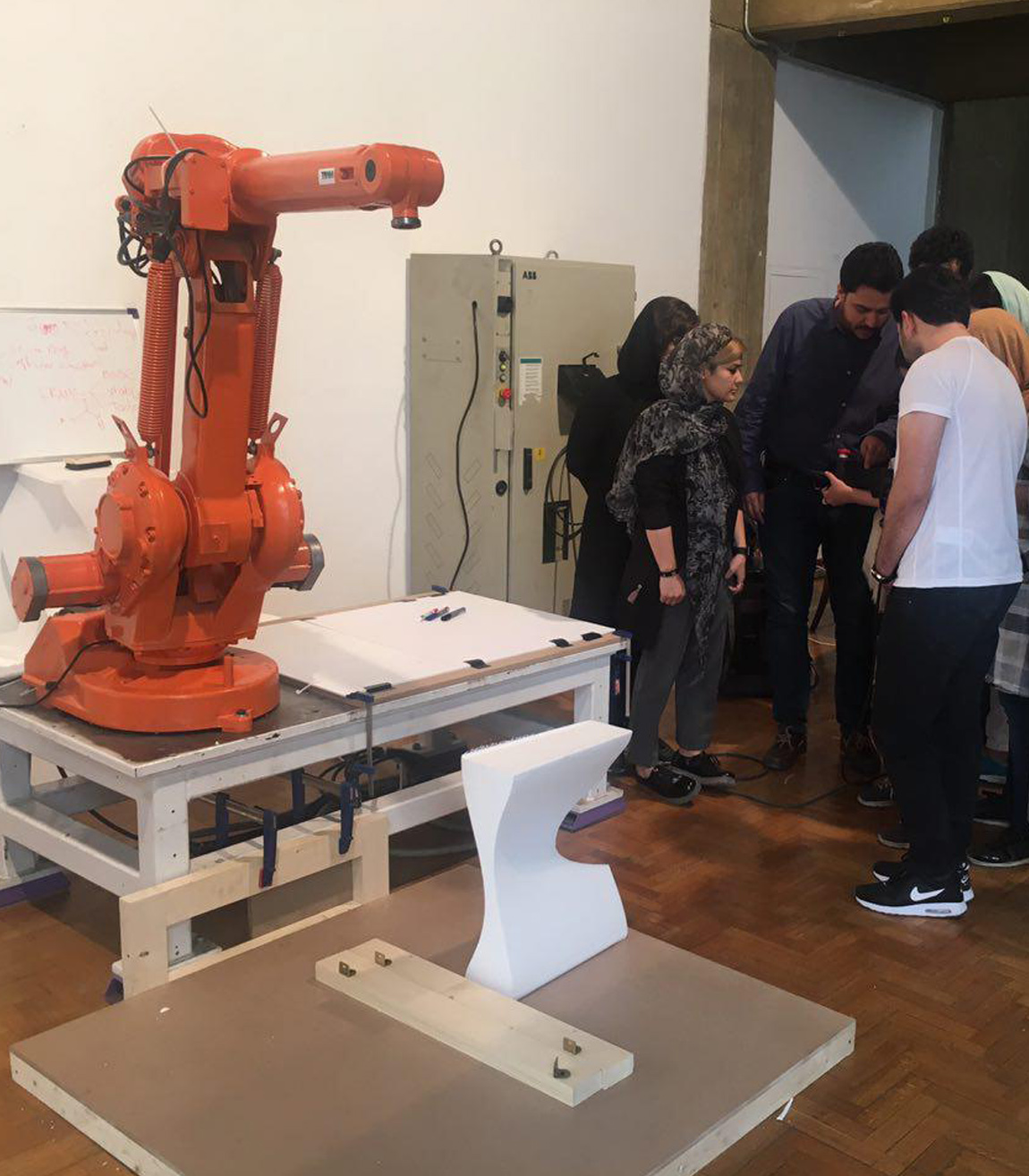 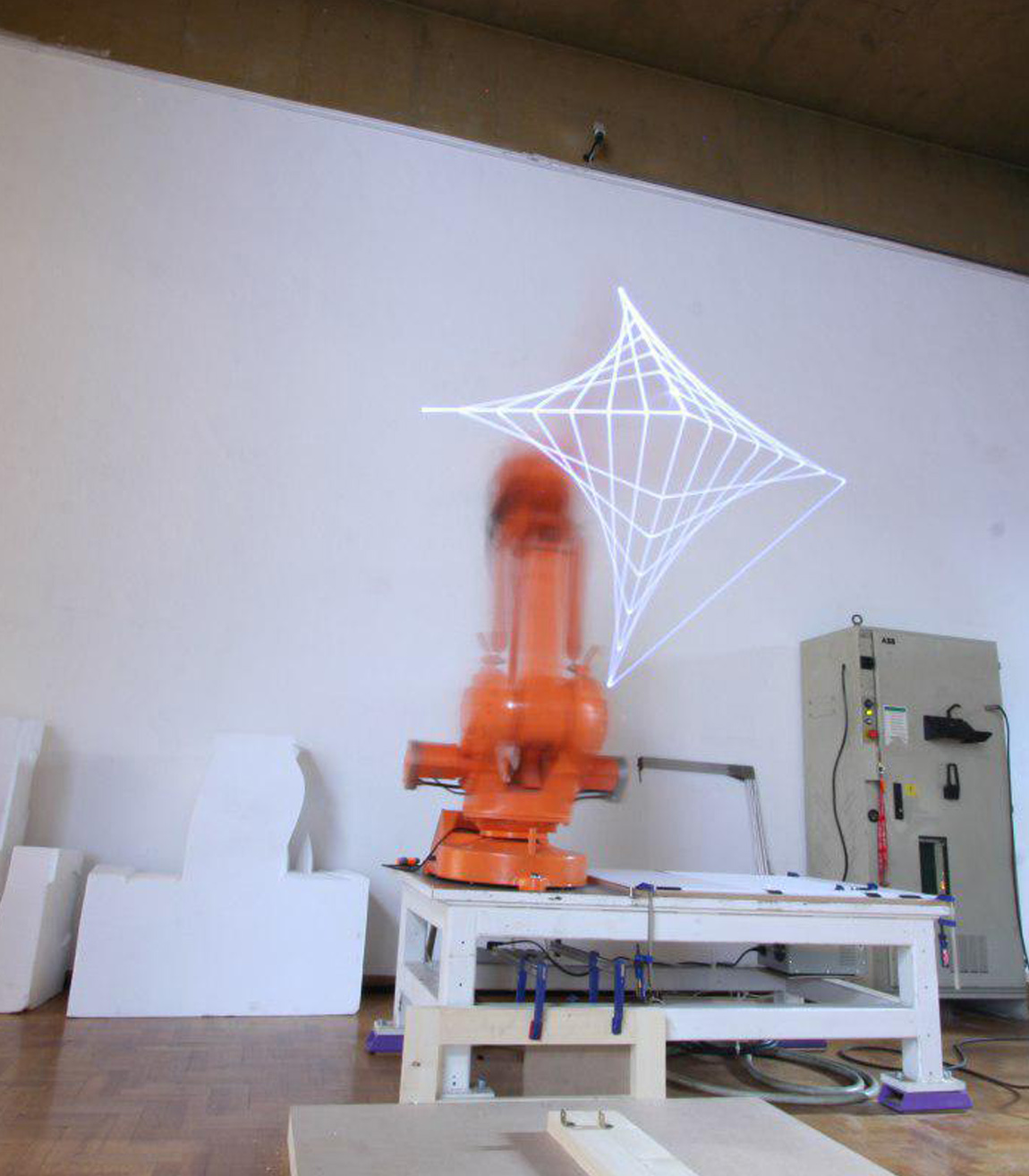 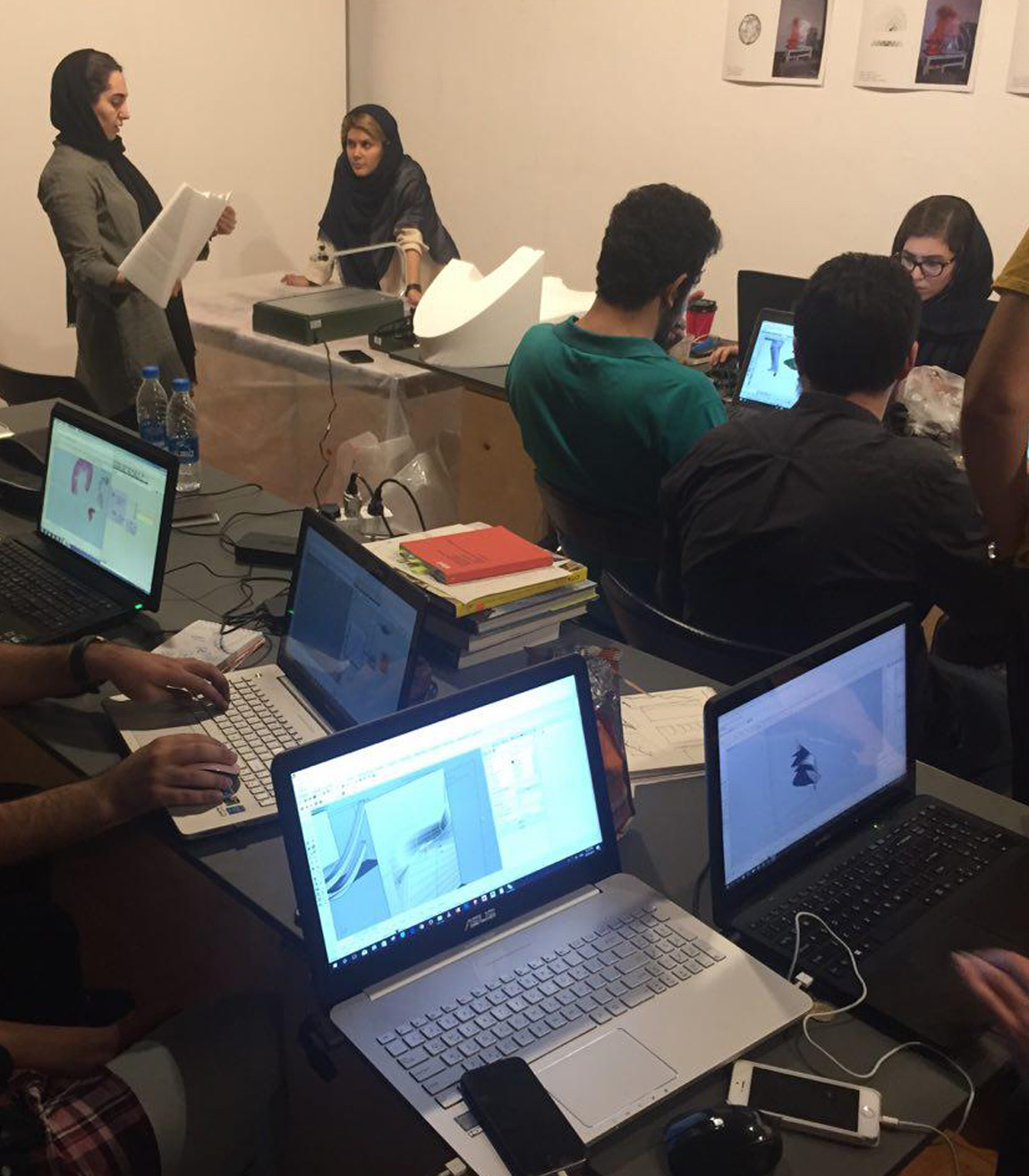 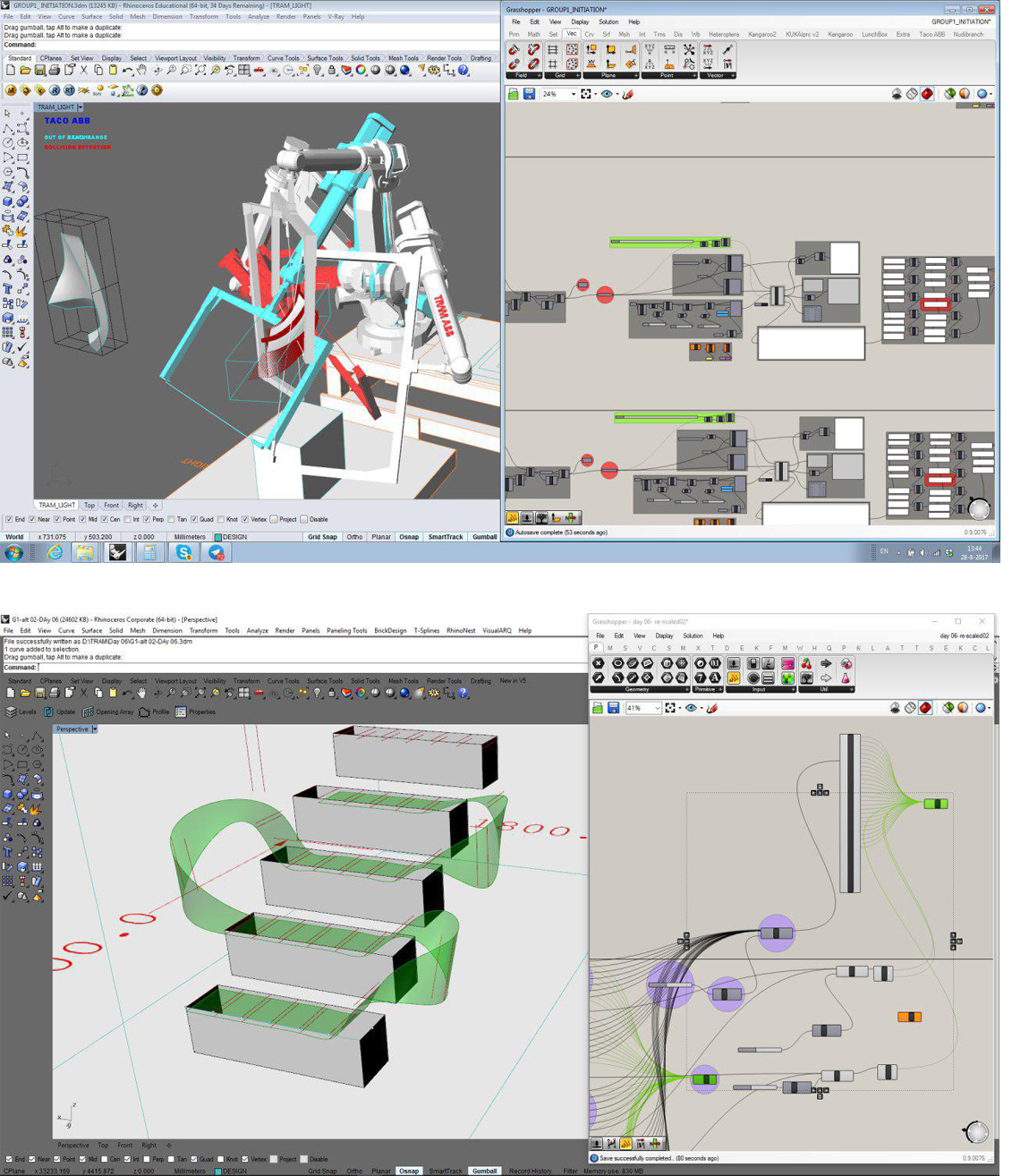 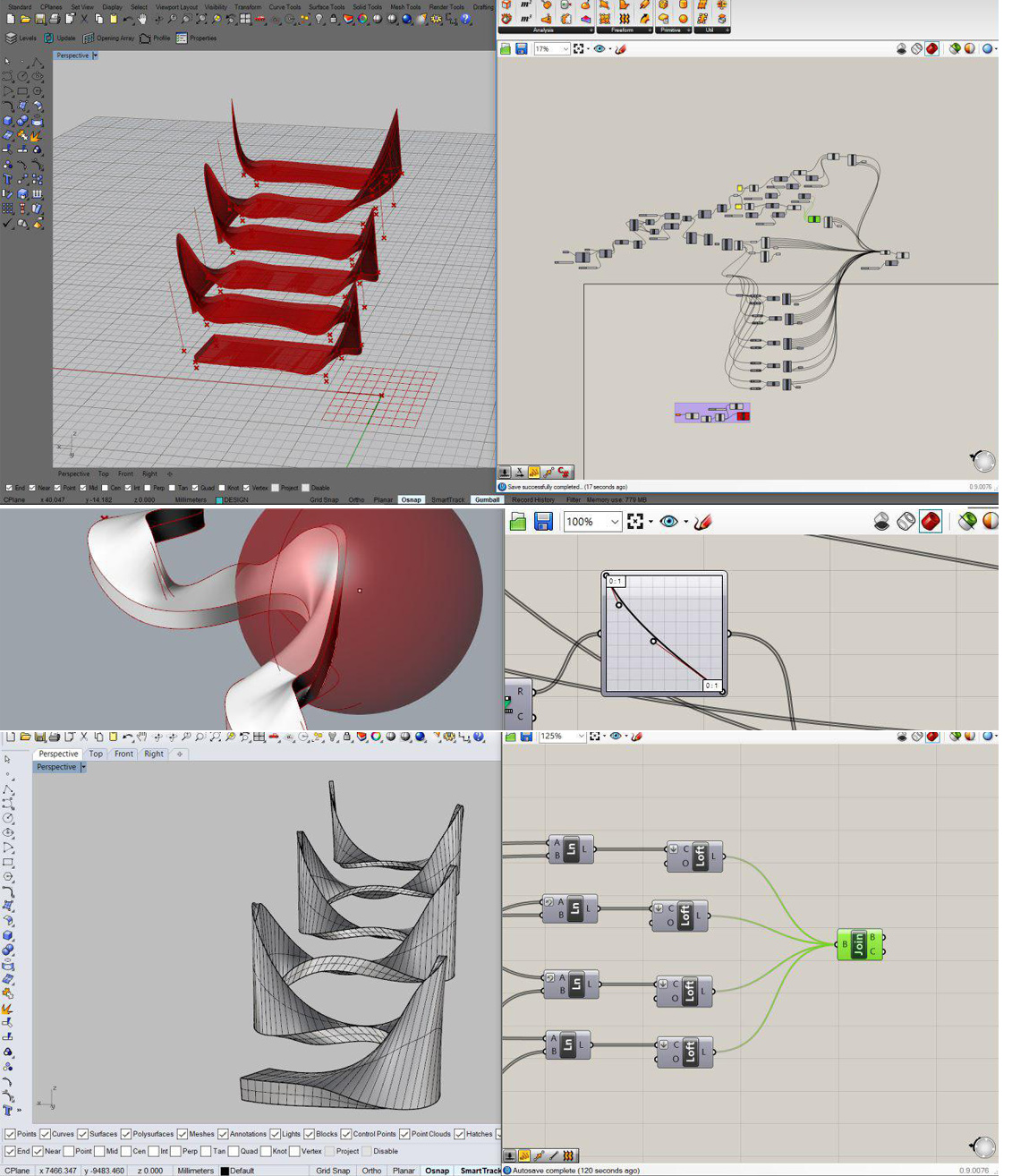 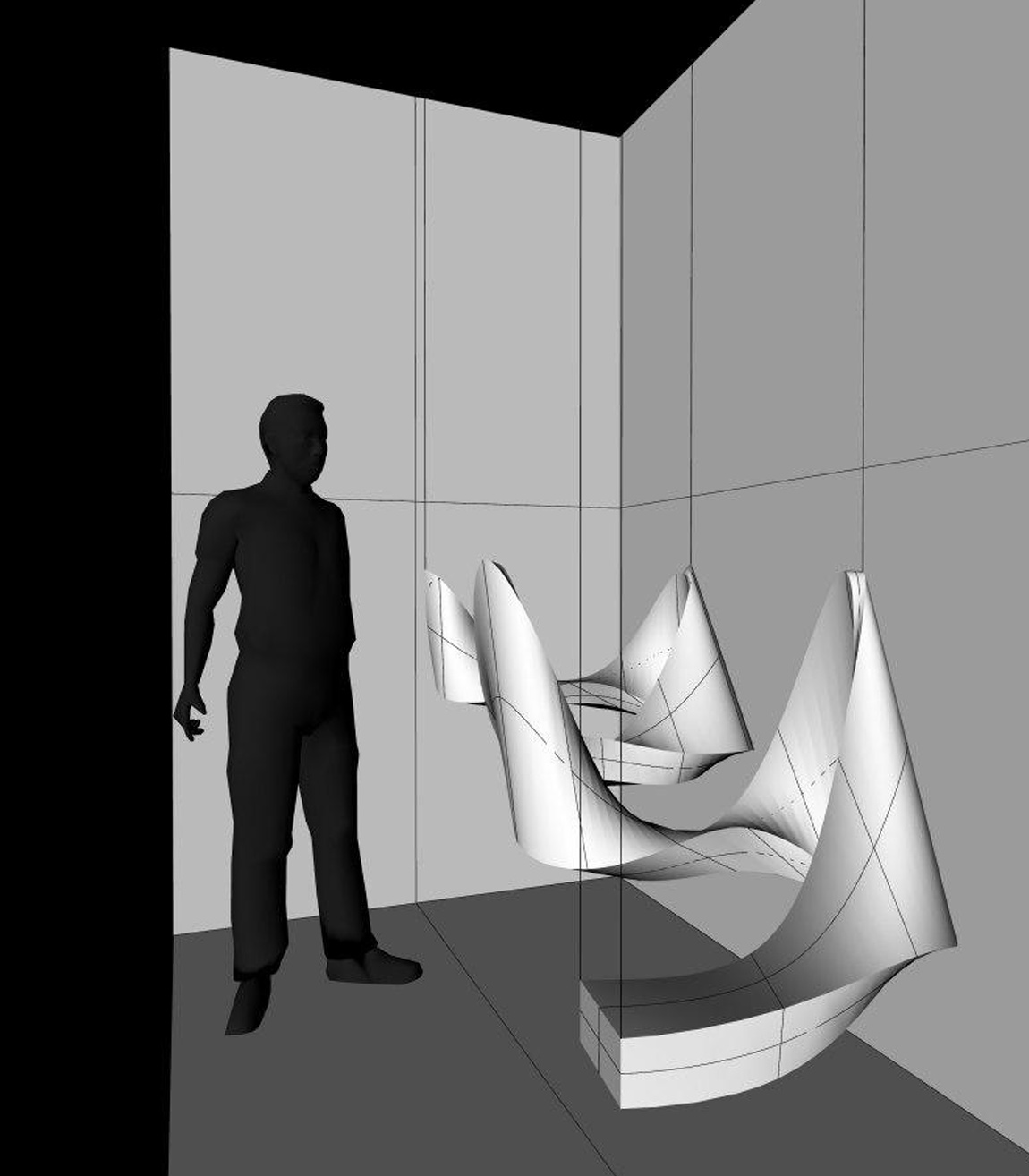 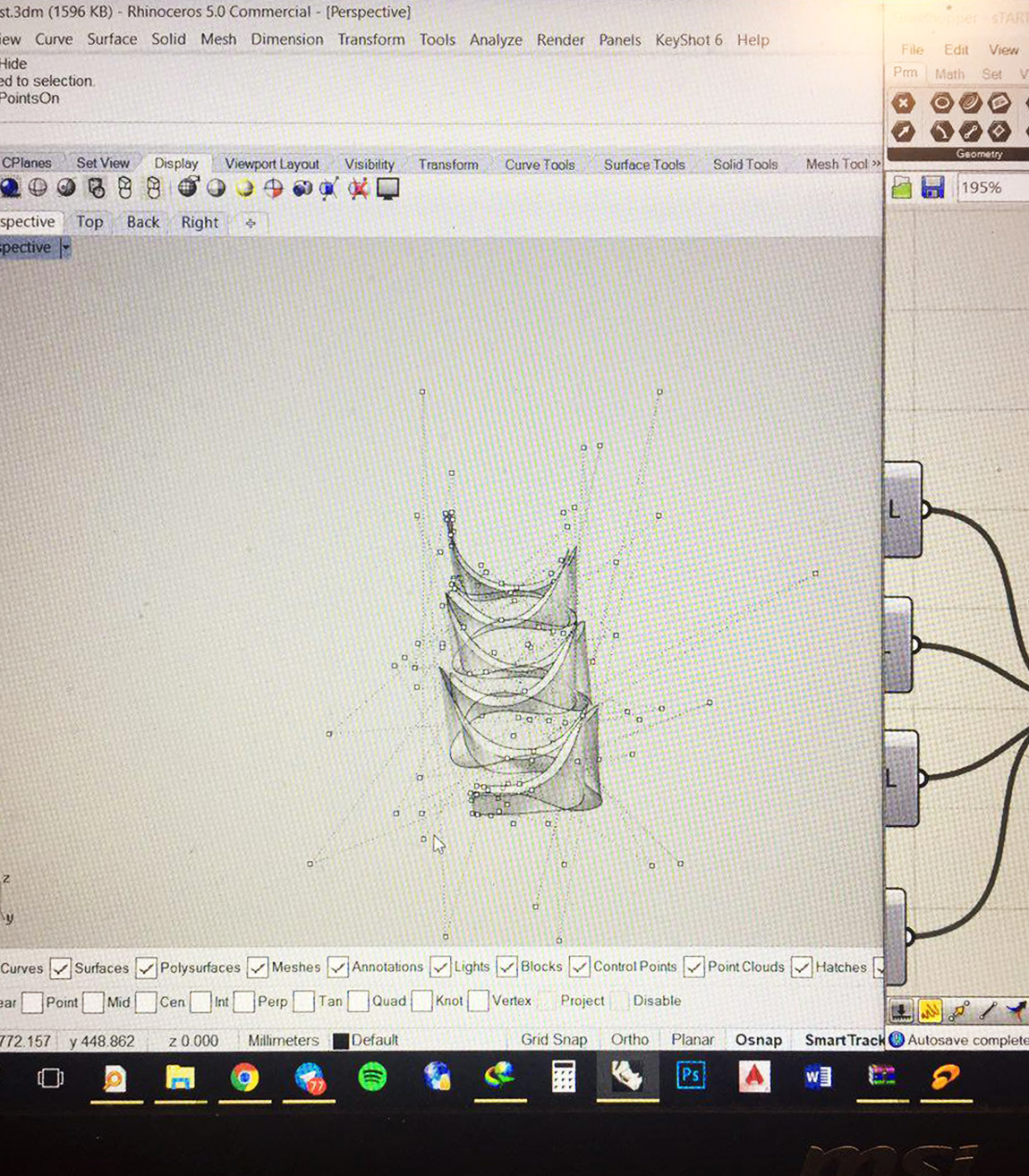 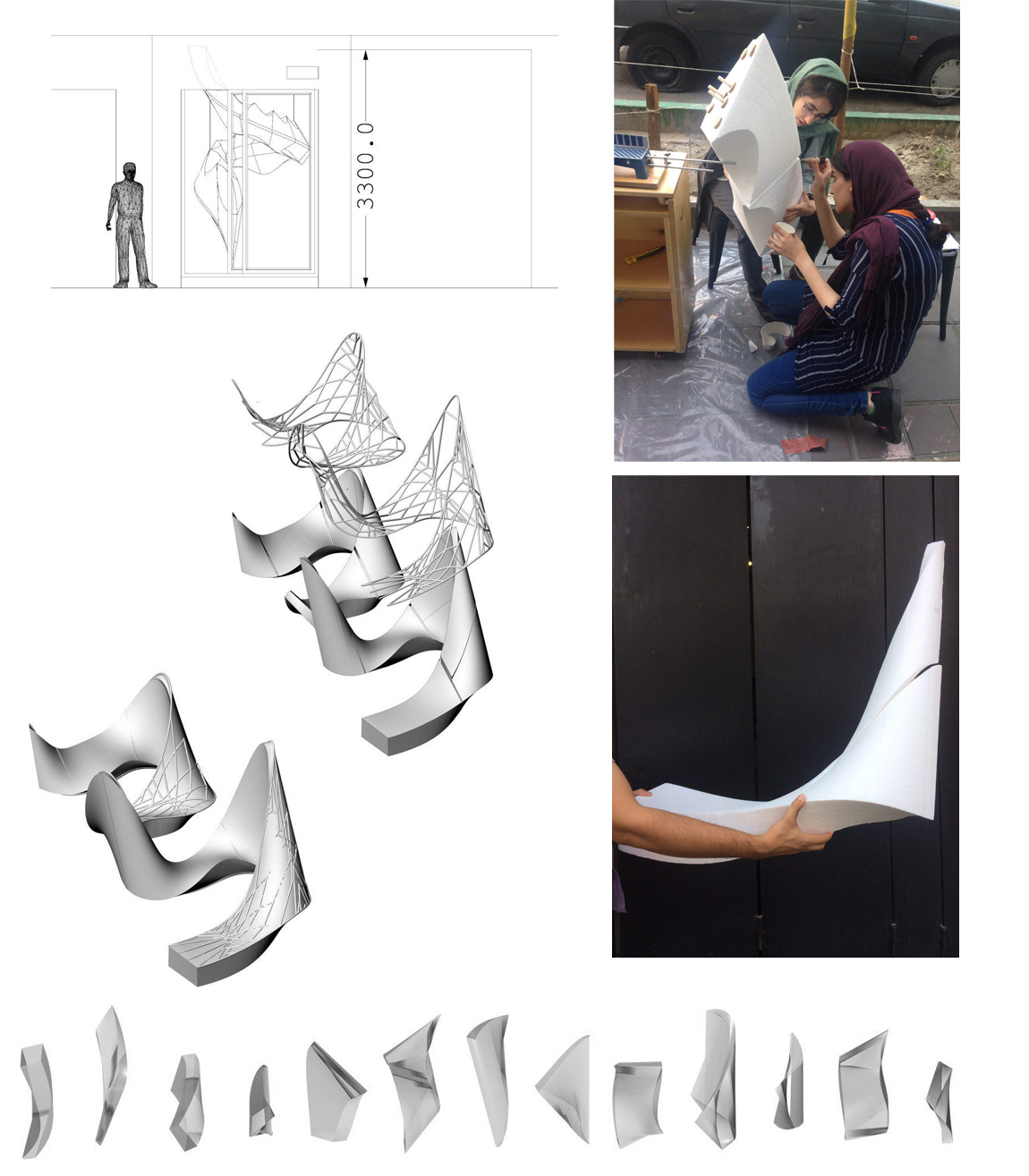 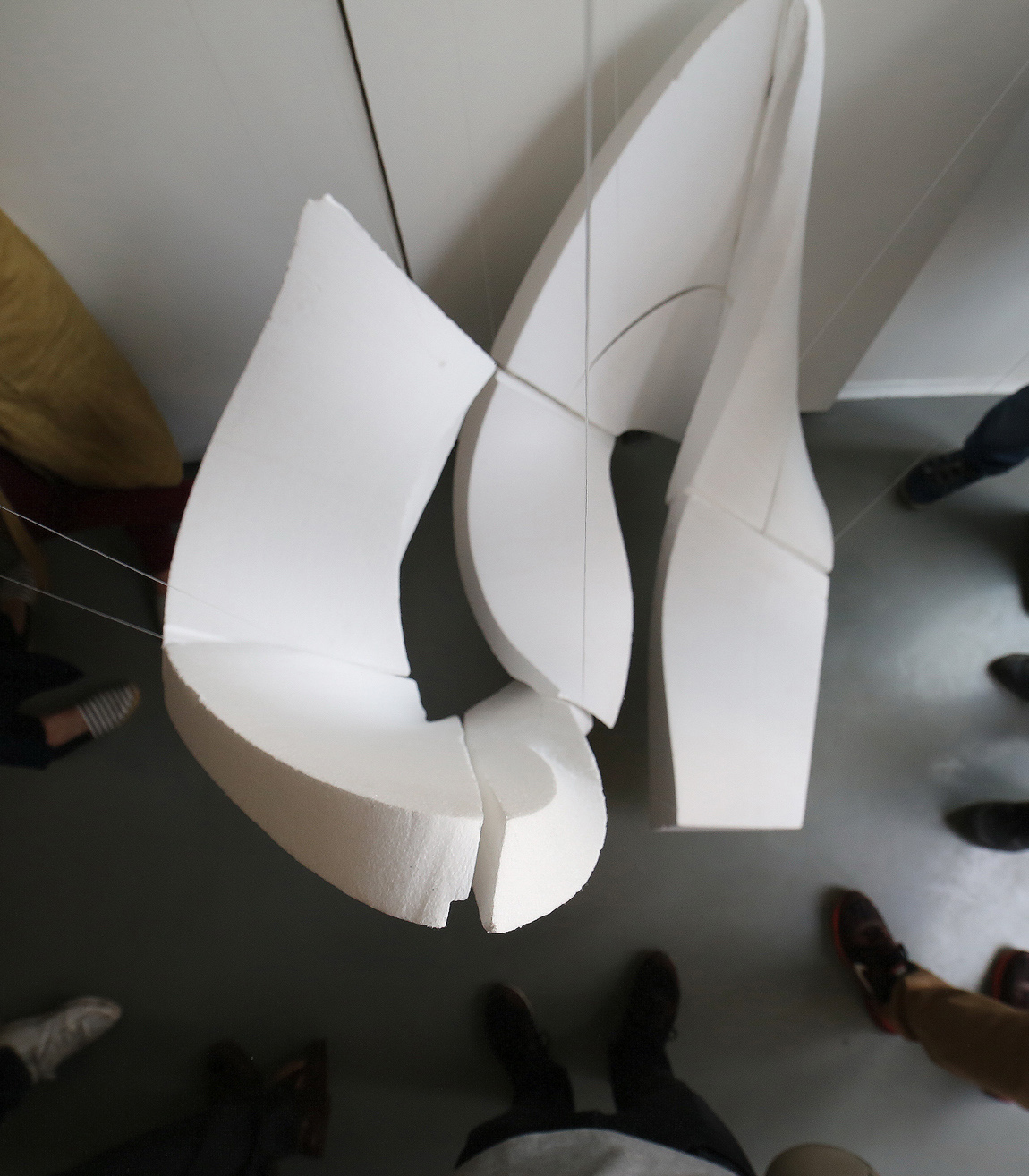 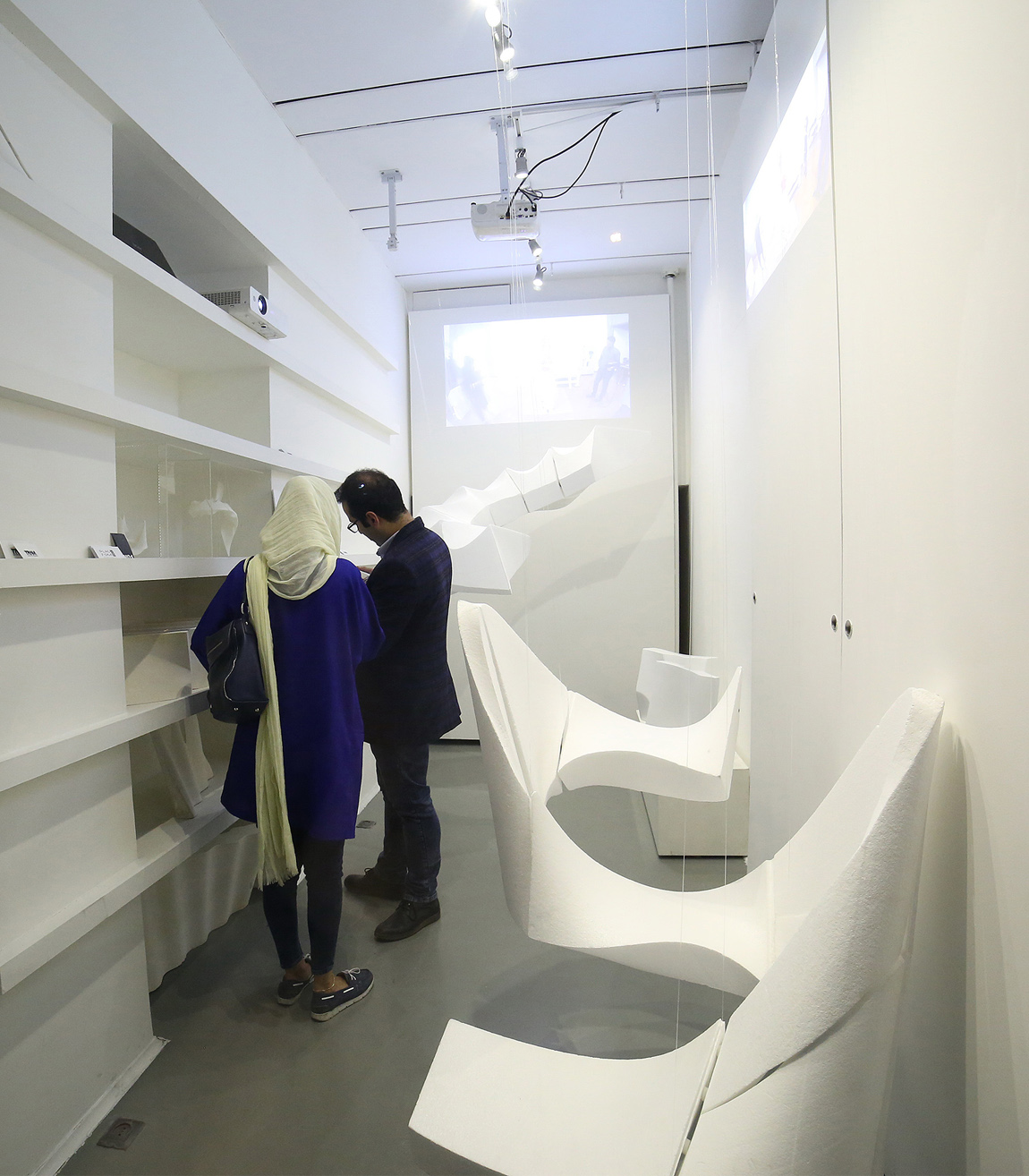 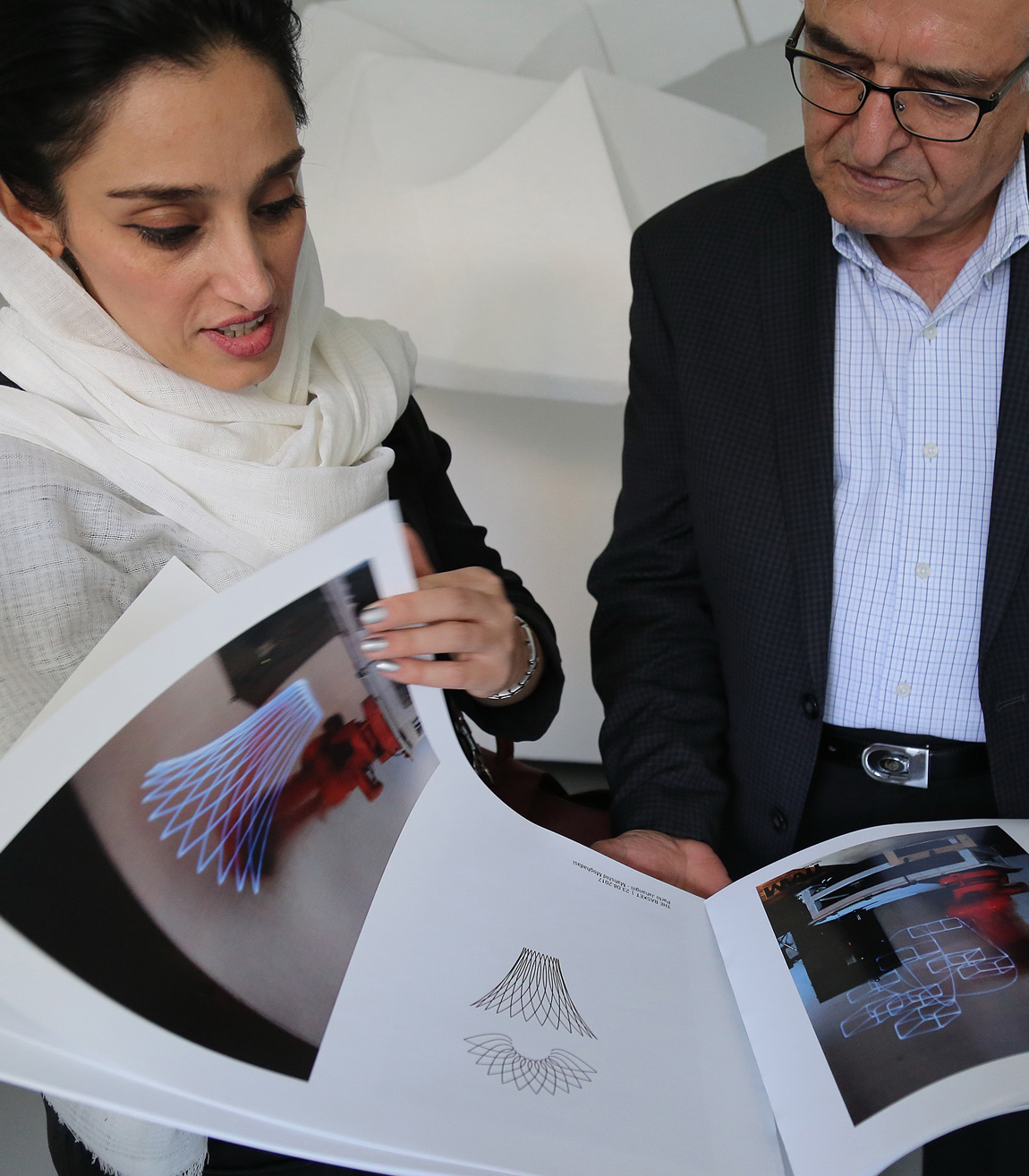 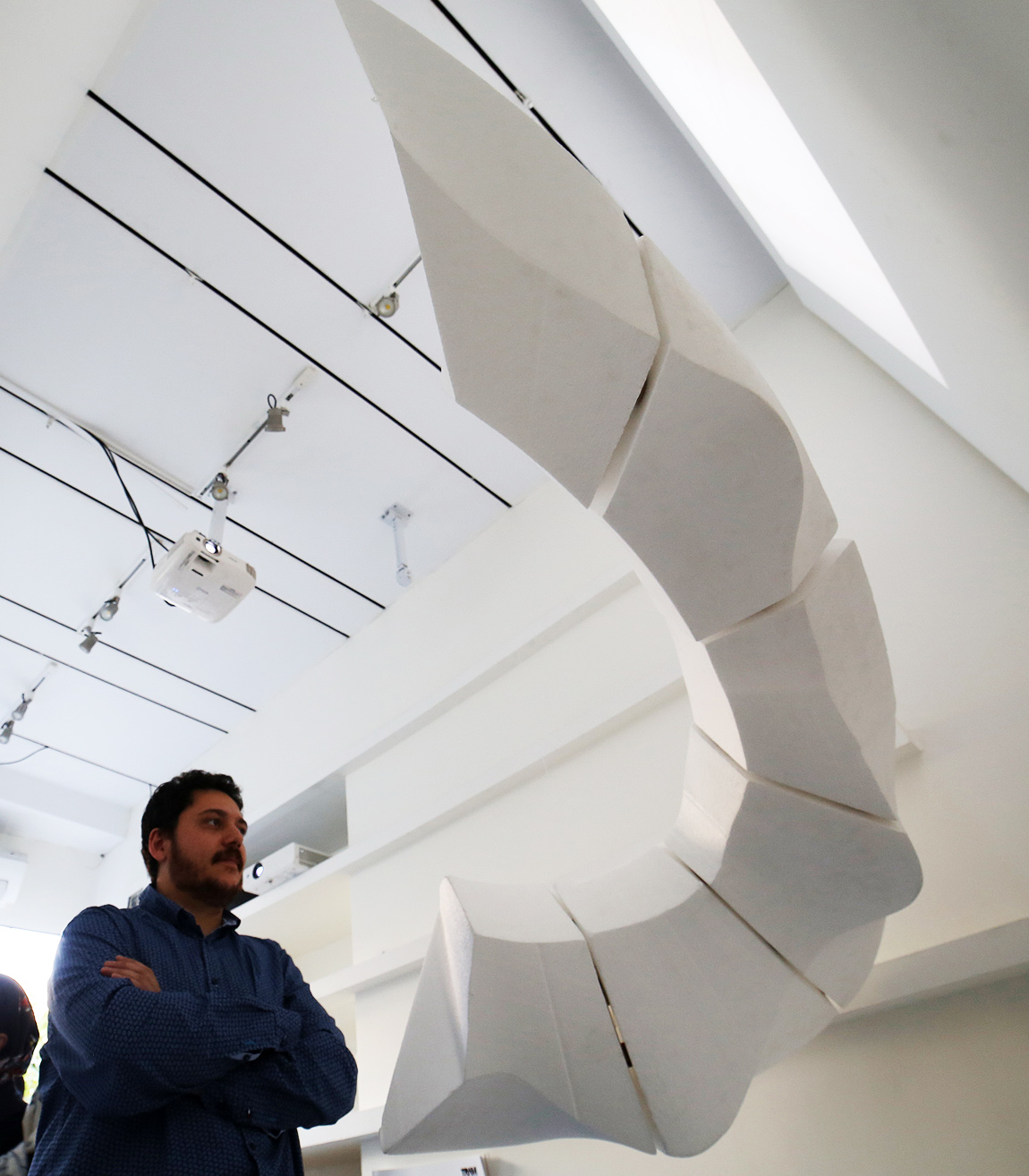 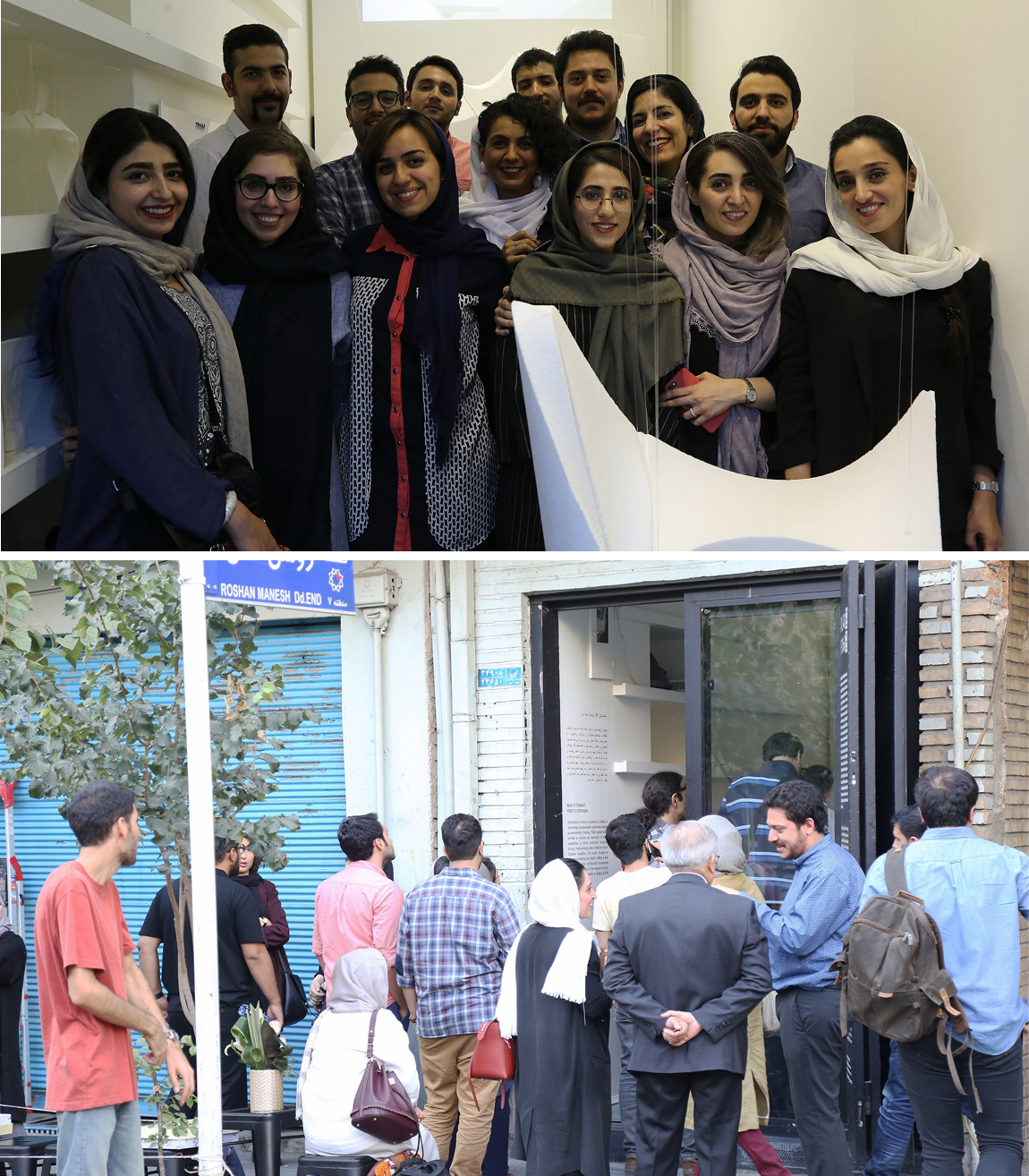