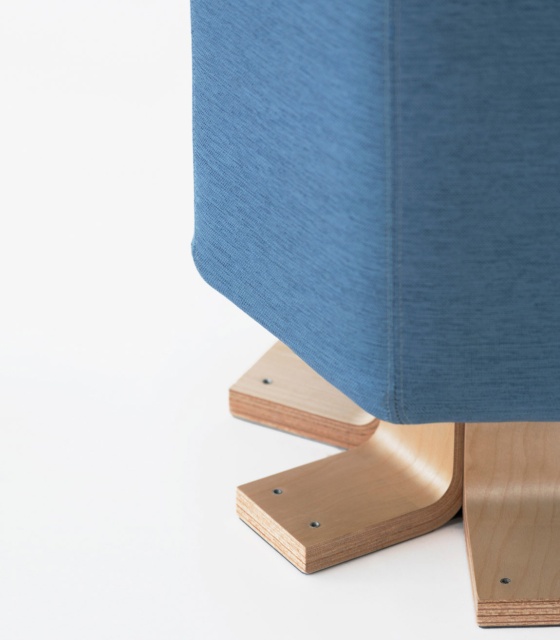 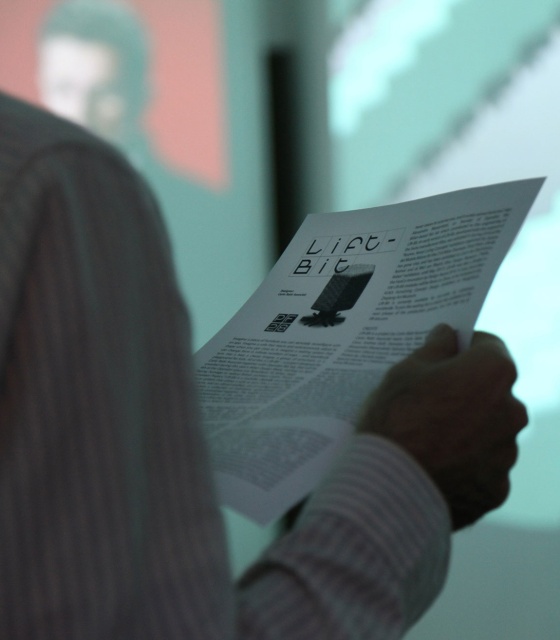 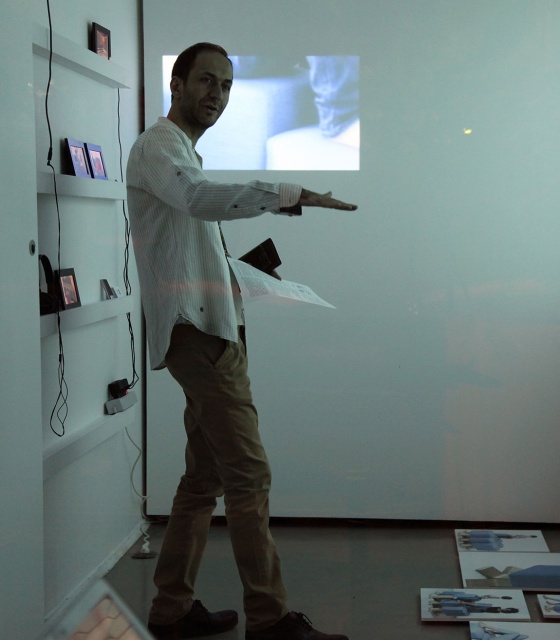 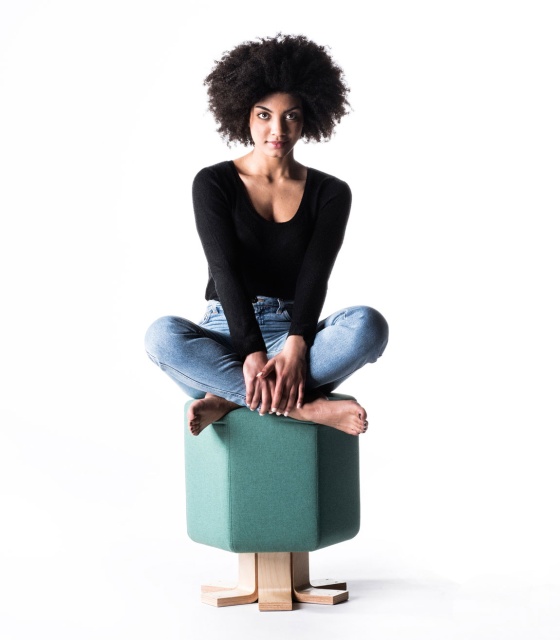 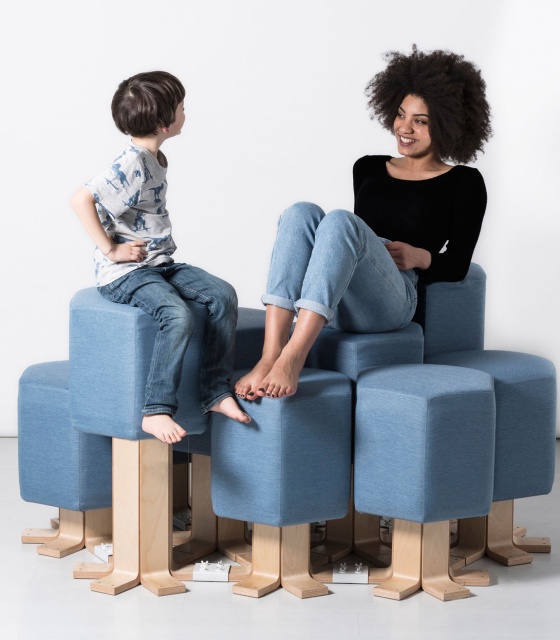 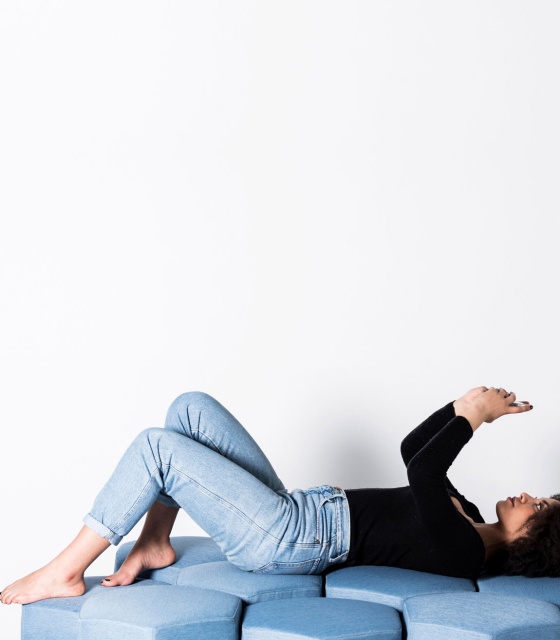 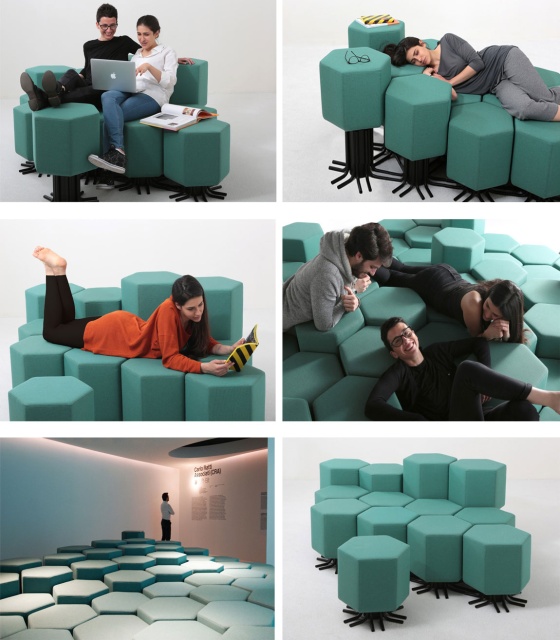 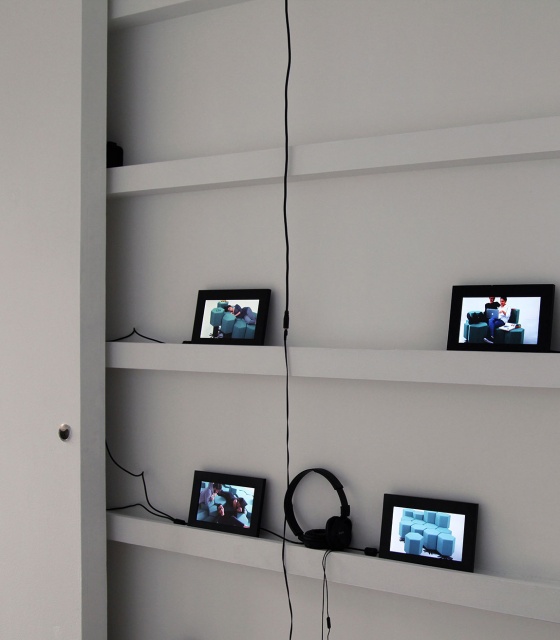 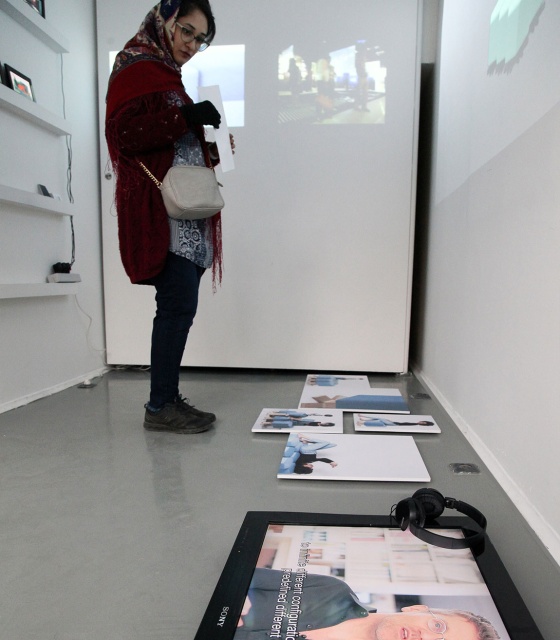 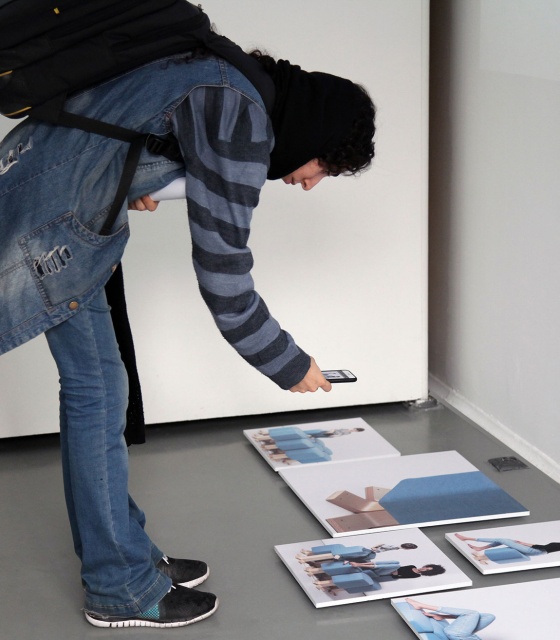 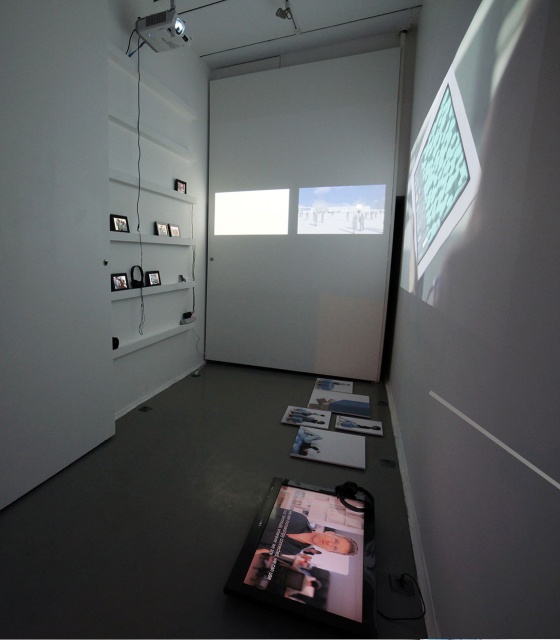 Imagine a piece of furniture you can remotely recon gure with an app. Imagine a sofa that reacts and autonomously adjust its shape when you get close to it. Imagine a seating system that can change form in in nite numbers of ways -- and seamlessly turn into a bed, a chaise longue, a group of armchairs, or a playground for kids. All of this is Lift-Bit -- a project designed by Carlo Ratti Associati together with Opendot fab lab, that will be unveiled during this year’s Milan Design Week, starting on April 4th at the Opendot space (via Tertulliano 70, Milan, Italy). Paying homage to radical British architect Cedric Price’s 1970s “Generator Project,” Lift-Bit is a modular, digitally recon gurable furniture system that allows a sofa to turn into a chair, a bed, a lounge room, and an almost-endless set of con gurations. The system involves a collection of individual, upholstered stools that can be easily assembled together. The height of each stool can be altered, independent of the other stools. Distributed sensors and intelligence allow the height to double or (halve) in seconds, simply by waving a hand a few centimeters over the fabric.

Unveiled as a prototype at the Milan Triennale in 2016, Lift-Bit will o cially premiere at Opendot space in a ready-for-production version. Visitors will be able to control Lift-Bit directly, shifting the individual stools’ height in any desired con guration – either with a hand gesture, or remotely through the use of Lift-Bit’s mobile app.

The Lift-Bit app, sustained by a mesh networking system, includes both a series of predetermined three- dimensional shapes and a tool to invent dynamic combinations. Furthermore, the seats’ soft texture embeds a capacitive control system, allowing each stool to sense the presence of a person’s hand close to it and start moving accordingly. By matching these technological elements with an elegant design, Lift-Bit makes it possible to recon gure any or home or o ce setting, ushering in a new vision of interior design.

“Lift-Bit draws on the potential of Internet of Things (IoT) technologies to transform our interior landscape, giving form to an endlessly recon gurable environment”, says Professor Carlo Ratti, founder of Carlo Ratti Associati studio and Director of the Senseable City Lab at the Massachusetts Institute of Technology (MIT): “In the future, we could imagine an architecture that adapts to human need, rather than the other way around - a living, tailored space that is molded to its inhabitants’ needs, characters, and desires.”

“Lift-Bit gives people the possibility to actively contribute to the design of their own space. It is a participatory design, which

never ceases to surprise you, and it surely cannot bore you”, says Alessandro Masserdotti, co- founder of Opendot, the Milan-based fab lab which contributed to the engineering of Lift-Bit. An early version of Lift-Bit, developed with the support of the Swiss manufacturer Vitra, was exhibited in Spring 2016 at the “Rooms. Novel Living Concepts” exhibition organized by Salone del Mobile Milano for the 21st Milan Triennale. Since then, Lift-Bit has gone viral, and has been exhibited at Linz’s Ars Electronica festival and at Weil am Rhein’s Vitra Design Museum (“Hello, Robot” exhibition, until May 2017). Lift-Bit was also a nalist in the FastCo Innovation by Design Award 2016. In June, more than 100 Lift-Bit modules will be own to China, to be included in the KUKA Furnishing Concept Design Exhibition at Hangzhou’s Zhejiang Art Museum.

Lift-Bit is currently available for pre-order by customers worldwide. To join the waiting list or simply stay updated on the next phases of the production process, you can sign up at lift-bit.com

ABOUT CARLO RATTI ASSOCIATI Carlo Ratti Associati is a design and innovation o ce based in Turin, Italy, with branches in Boston and London. Drawing on Carlo Ratti’s research at the Massachusetts Institute of Technology, the o ce is currently involved in many projects across the globe. Embracing every scale of intervention - from furniture to urban planning - the work of the practice focuses on innovation in the built environment. Among recent projects there are the Future Food District thematic area at Milan World Expo 2015, the redesign of the Agnelli Foundation HQ in Turin, the master plan for the requali cation of the Patrick Henry military village for IBA Heidelberg, the Pankhasari retreat in India’s Darjeeling, and the concept for a human-powered ‘Navigating Gym’ in Paris. Carlo Ratti Associati is the only design rm whose works have been featured twice in TIME Magazine’s Best Inventions of the Year list – respectively with the Digital Water Pavilion in 2007, and the Copenhagen Wheel in 2014. In the last years, the o ce has also been involved in the launch of Makr Shak, a startup producing the world's rst robotic bar system. carloratti.com

ABOUT OPENDOT Opendot is a fab lab and a place for research, experimentation and rapid prototype production. It is an open and accessible platform that intertwines di erent realities to produce innovation, by transferring, adopting and merging tangible existing entities, to make a change in the lives of people and business. Opendot initiates changes, identifying in the open source format and in technological know-how new opportunities for growth in the areas of training, design, production and research. Thanks to its multidisciplinary approach, Opendot is a reference point for companies that wish to implement their products and know-how through processes of innovative development. Opendot stemmed from interaction design company dotdotdot, a multidisciplinary design studio founded in Milan in 2004, that combines art and architecture with new technologies and new media. opendot.it