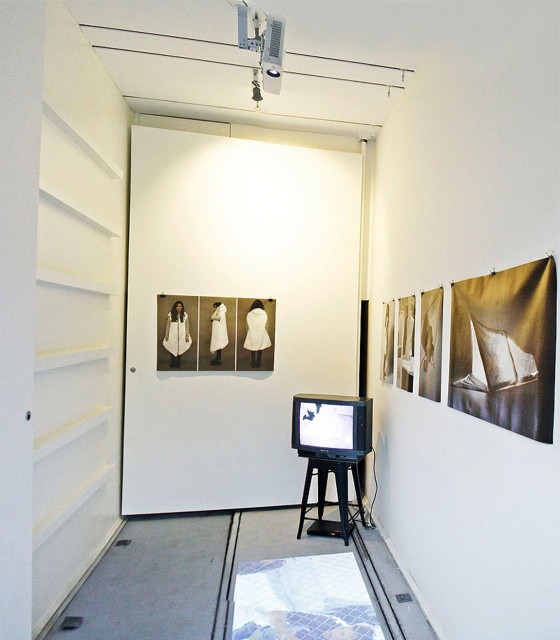 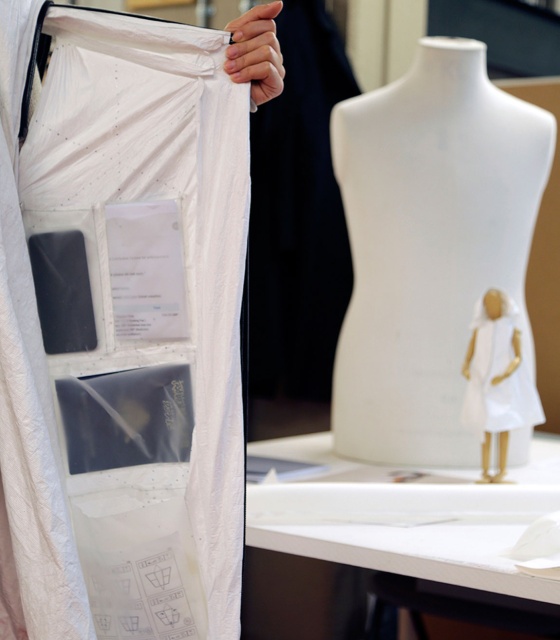 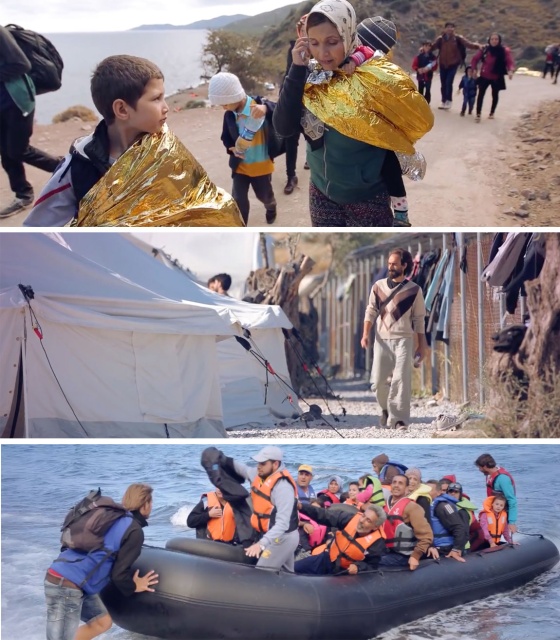 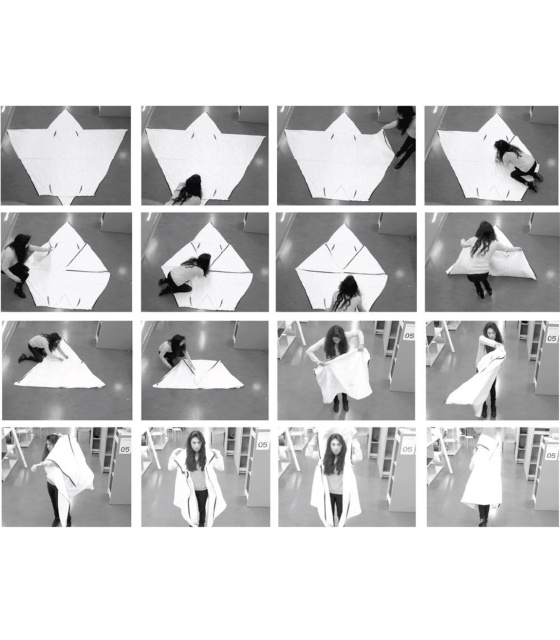 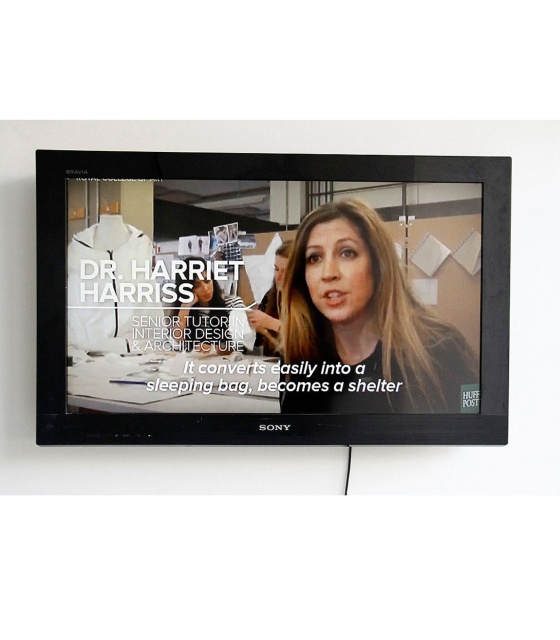 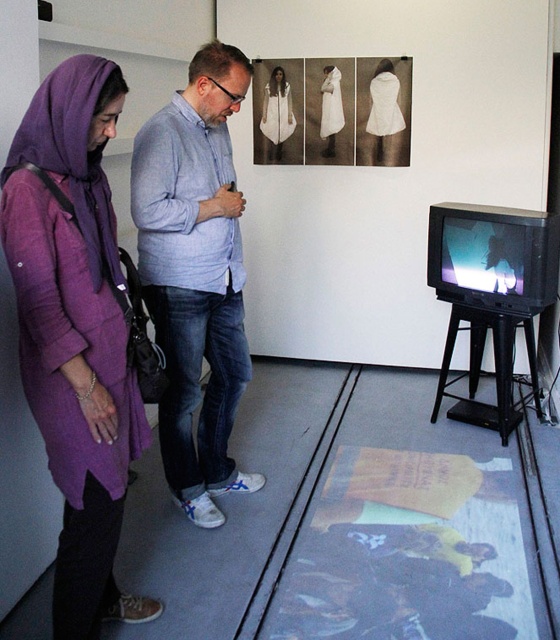 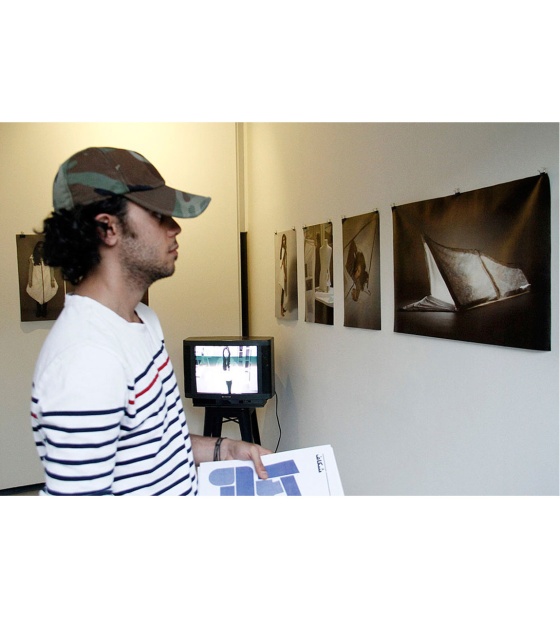 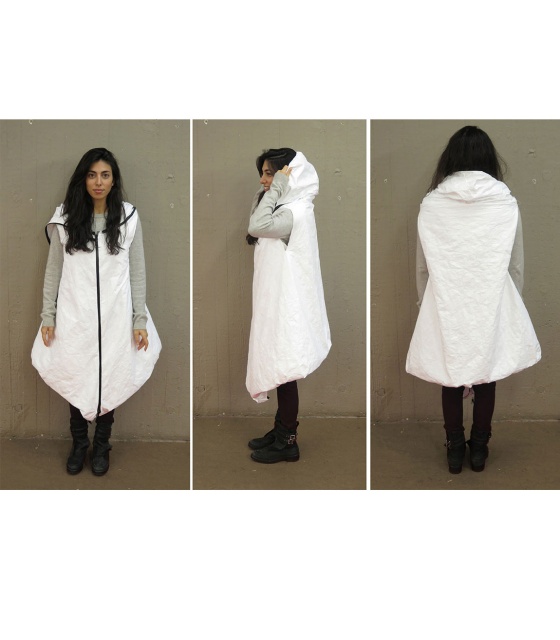 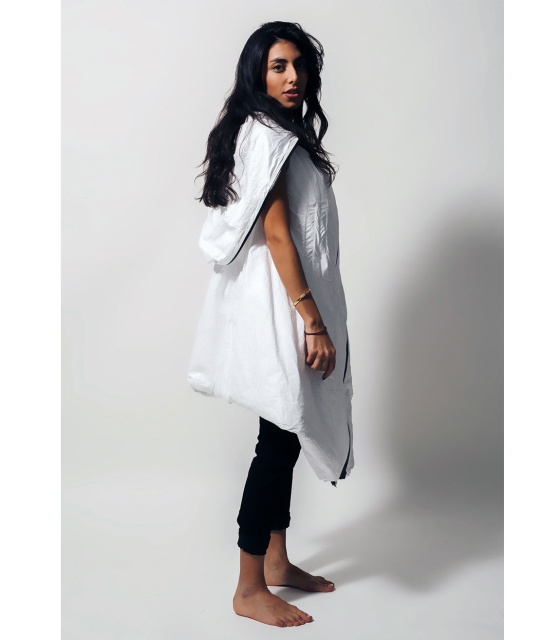 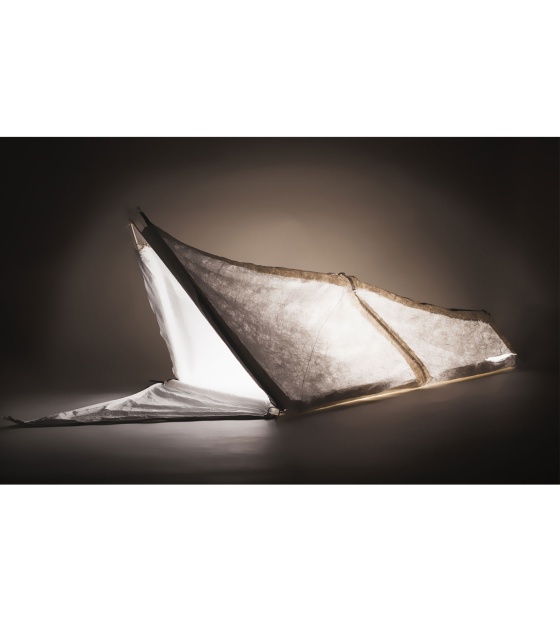 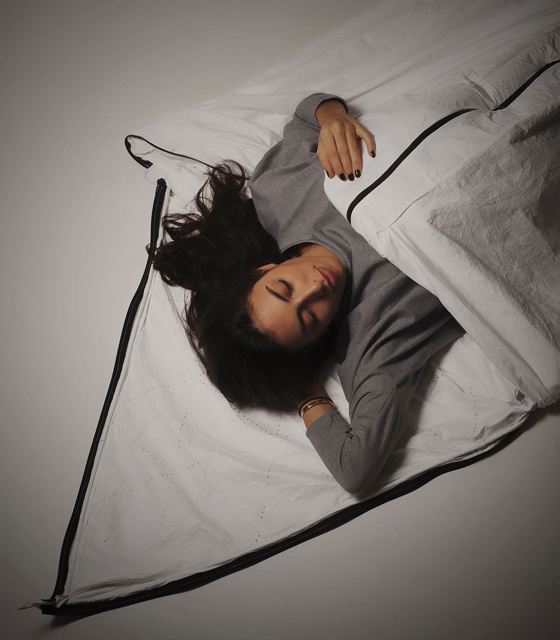 In response to Europe's ongoing refugee crisis, disaster relief and humanitarian projects formed one of the biggest design and architecture topics of 2015. Last year, artist Banksy sent materials from his dismantled Dismaland theme park to the Jungle refugee camp near Calais, where it will be used to construct shelters for some of the region's 7,000 refugees.[1]

At London's Royal College of Art, a group of students from have designed a prototype coat for refugees that transforms into a tent or a sleeping bag. Made from paper-like synthetic material Tyvek, the Wearable Habitation coat is insulated with Mylar — a polyester material commonly used by marathon runners to keep warm.

When worn as a coat, the design resembles a baggy parka with a large hood. Pockets on the inside can be used to store passports and personal documents. Black zips allow the coat to be completely opened out and transformed into a sleeping bag. Lightweight kite rods can then be fed through specific seams to form a tent. Visual assembly instructions will be printed onto each garment. "We spoke with Médecins Sans Frontières to get an idea of what a refugee's journey truly was," said Harriet Harris, one of the project leaders. "Our garment has three stages of use: one as a piece of clothing, one as a sleeping bag and one as a tent. These three aspects adapt to the conditions a refugee would experience through their two- to five-week journey," she told Dezeen.

The coat was developed by mixed teams of students from the RCA's interior design and textile courses, who were asked to develop wearable shelters for those displaced by conflict in their home countries. The brief for the Wearable Habitation project — set by Professors’ Harris and Graeme Brooker — stated that the coats had to be able to reconfigure into a small dwelling or tent-like structure with enough room to accommodate two to four people. Material used needed to be both cost effective and sustainable where possible.

"The original design project was run as a team-based, one-week “hackathon” — we wanted imaginative ideas as our starting point," said Harris. "We then merged three of the strongest design proposals into one coherent proposal that is now with the factory for prototyping."