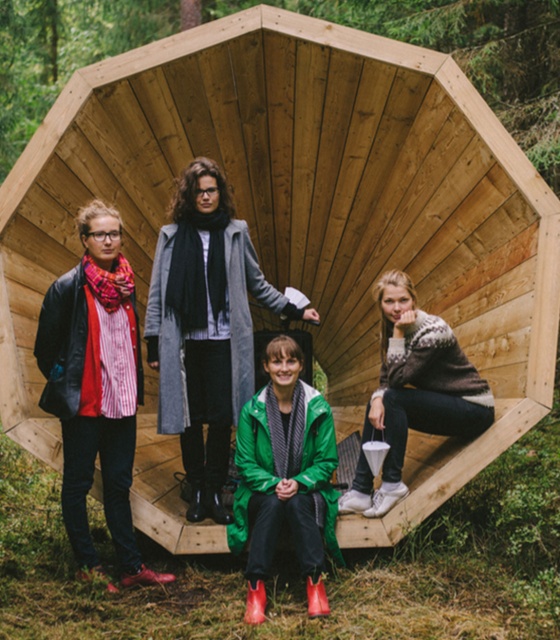 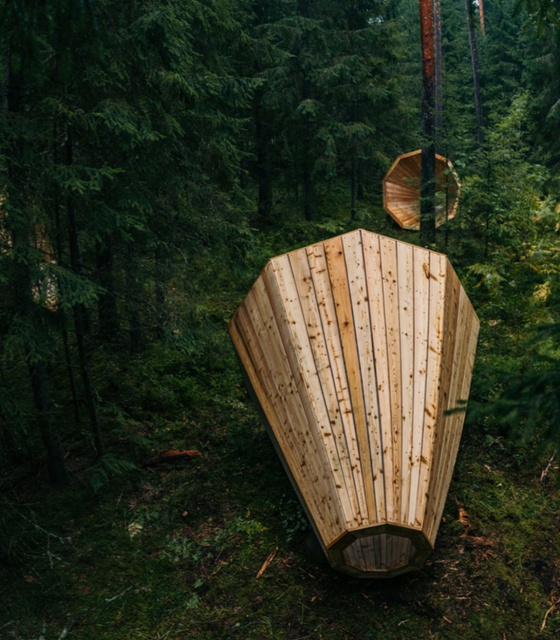 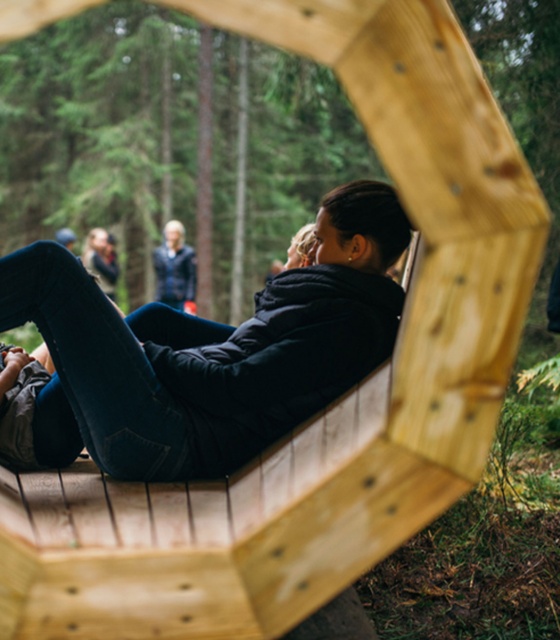 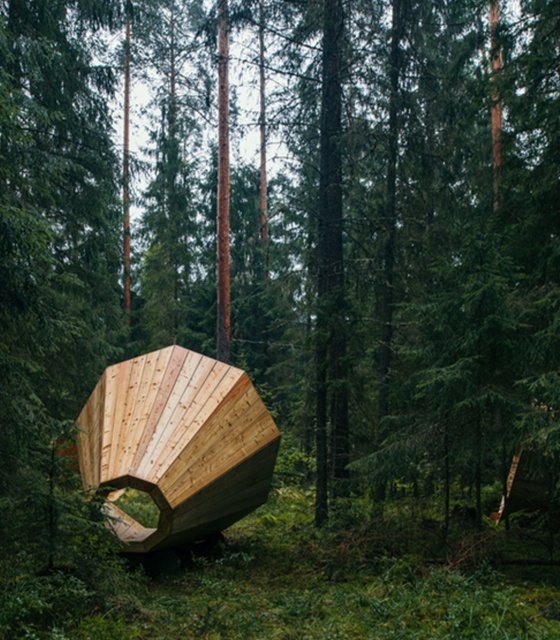 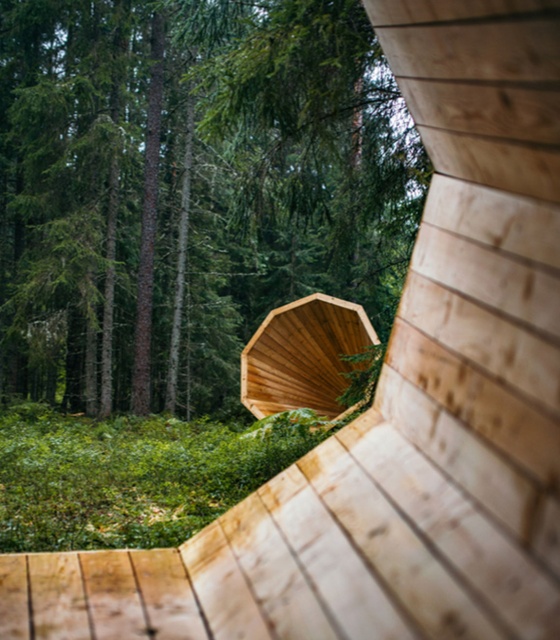 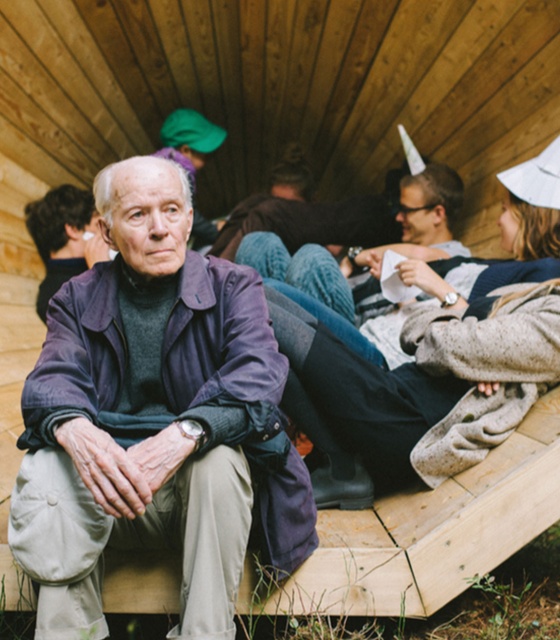 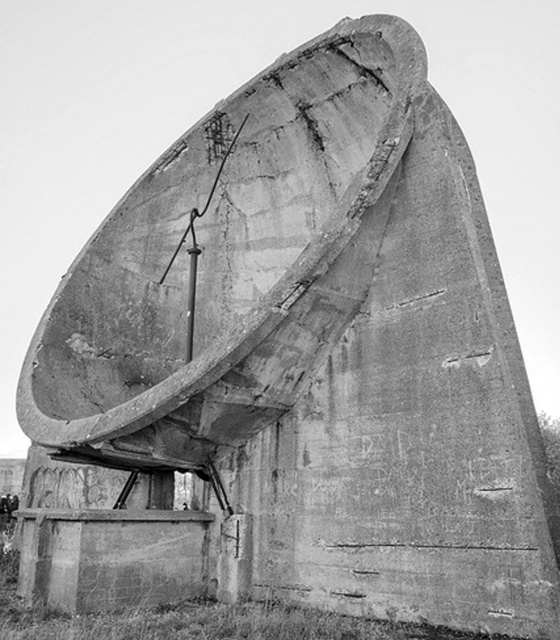 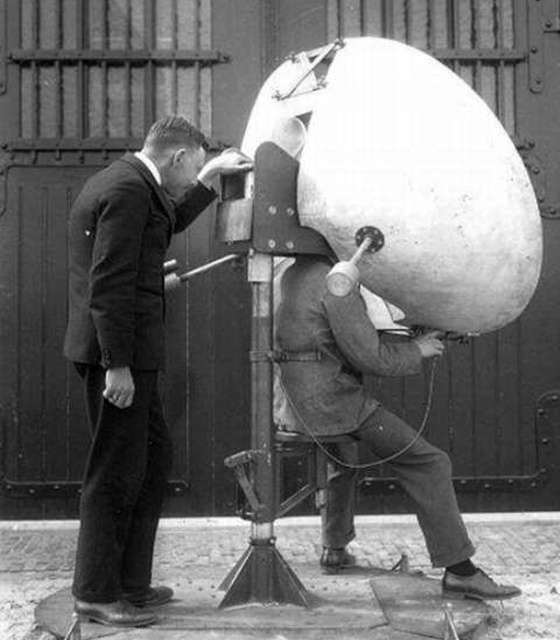 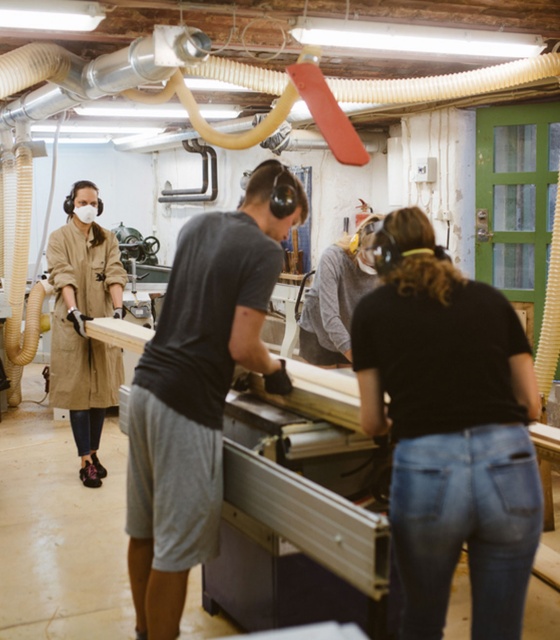 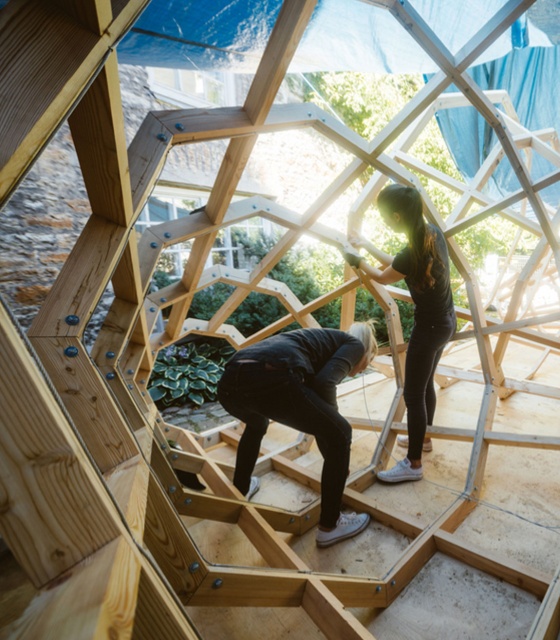 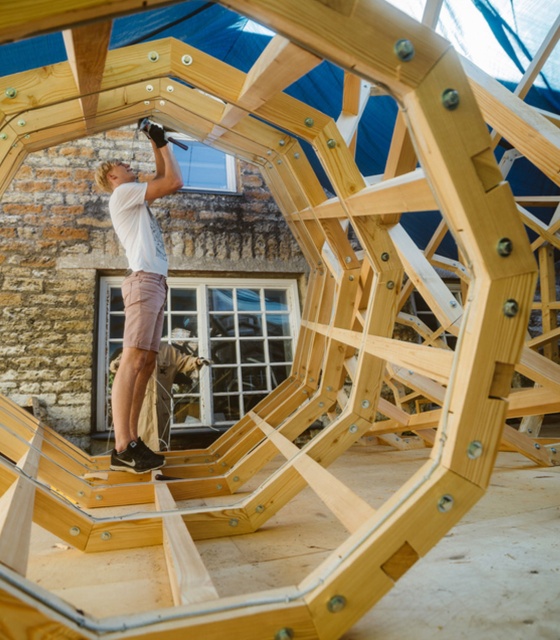 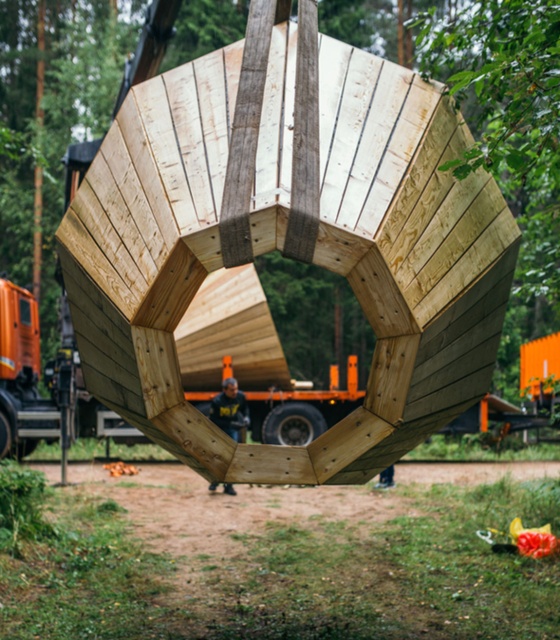 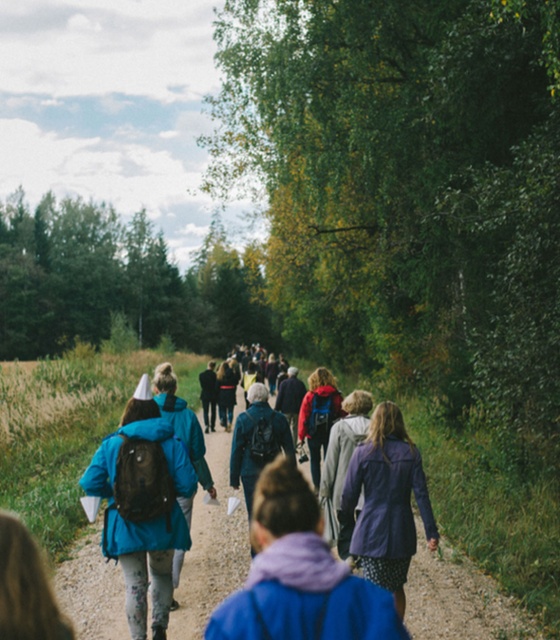 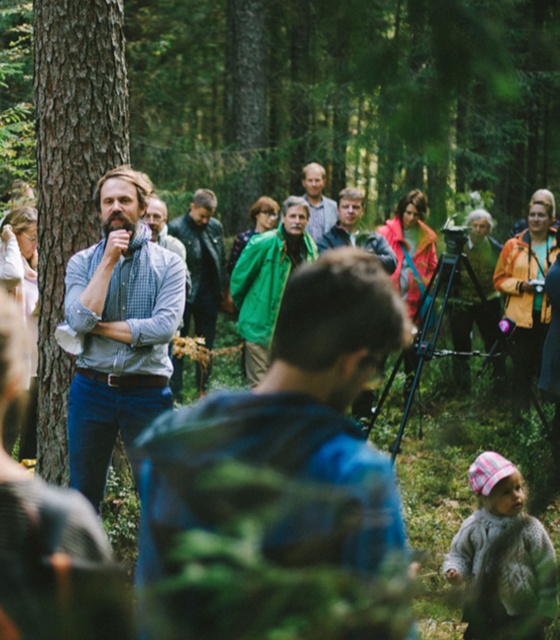 
51% of Estonia is covered with forests. 0€ is the cost of everyman's right to camp on Forest Centre run trails, spending the night in the forest cabins, or sleeping in a tent within the recreation areas. The megaphone installation provides an excellent opportunity to experience the meeting of contemporary architectural space and wild nature - and it is freely accessible for foreigners as well as local travellers.

The project started with a workshop deep in the woods of South Estonia, with Estonian Art Academy interior architecture students trying to define the concept of a forest library inspired from well-known Estonian writer Valdur Mikita. Of all the proposals, the installation of three wooden megaphones by Birgit Õigus was selected.

The three-metre diameter megaphones will operate as a "bandstand" for the forest around the installation, amplifying the sounds of nature. The three megaphones are placed at such a distance and at a suitable angle, so at the centre of the installation, sound feed from all three directions should create a unique merged surround sound effect.This is however not the only use for the installation, as it will double as a sitting and resting area, and can be used as a stage for small events.

Students were instructed by architecture office b210, whose main goal was to get the students to work as a team on an adventurous project, inspiring them to carry their ideas out, even if it takes a little extra effort – they believe design education should always be about testing your ideas in real life and full-scale.

Estonian Forest Management Centre, a partner in the project from the beginning, is happy that in addition to providing a visually stunning space for contemplation, the amplifiers can also be used by less-demanding adventurers for spending the night in the woods. The space could be used to carry out an outdoor nature class or a small culture event, it’s really multifunctional.

Wooden Megaphones was constructed as a result of one of the student projects in Estonian Academy of Arts interior architecture first year studio in cooperation with the Estonian Forest Management Centre.

Author of the idea: Birgit Õigus