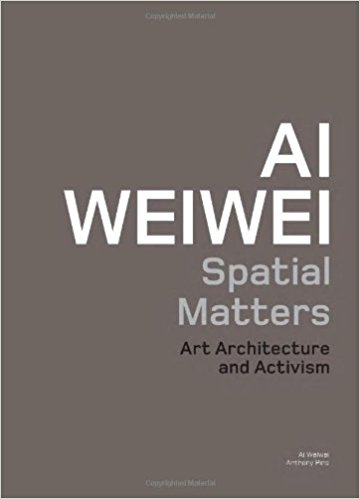 A richly illustrated exploration of Ai Weiwei's installation and architecture projects, focusing on the artist's use of space.

Outspoken, provocative, and prolific, the artist Ai Weiwei is an international phenomenon. In recent years, he has produced an astonishingly varied body of work while continuing his role as activist, provocateur, and conscience of a nation. Ai Weiwei is under "city arrest" in Beijing after an 81-day imprisonment; he is accused of tax evasion, but many suspect he is being punished for his political activism, including his exposure of shoddy school building practices that led to the deaths of thousands of children in the 2008 Sichuan earthquake. In 2009, he was badly beaten by the police during his earthquake investigations.

Ai Weiwei's work reflects his multiple artistic identities as conceptual artist, architect, filmmaker, designer, curator, writer, and publisher. This monumental volume, developed in association with the artist, draws on the full breadth of Ai Weiwei's architectural, installation, and activist work, with a focus on his use of space. It documents a huge range of international projects with drawings, plans, and photographs of finished work. It also includes excerpts from Ai Weiwei's famous blog (shut down by Chinese authorities in 2009), in which he offers pithy and scathing commentary on the world around him. Essays by leading critics and art historians and interviews with the artist, drawing out his central concerns, accompany the 450 beautifully reproduced color illustrations of his work.