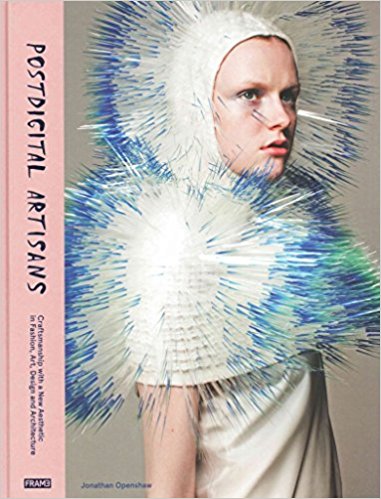 Digital technology has irreversibly changed how we see, think and act. A staggering number of us spend as much as half our waking hours online. Right now, more people are gazing at a screen than looking out a window. As we are drawn deeper into a symbiotic relationship with the digital, there is also a growing desire for more tactile, immersive experiences. Touch screens don’t eliminate the need to touch something more palpable than an electronic visual display.

It’s in this context that today’s "postdigital artisans" operate. Inescapably influenced by the digital world, they nonetheless reject strictly screen-based design and total reliance on automated production, such as 3D printing. They advocate a return to craft, with objects made from clay, metal, glass and wood. They neither turn their backs on technology nor glorify nostalgia, but the high-tech honeymoon is over. They see materials as the heart of art, design, fashion and architecture.

Postdigital Artisans profiles sixty contemporary artists and designers, accompanied by rich illustrations of their work. Essays and interviews by and with leading figures such as Hans Ulrich Obrist, Nathan Jurgenson and Glenn Adamson deftly analyze all forms of postdigital creativity, from visual art and design to architecture and urban planning.