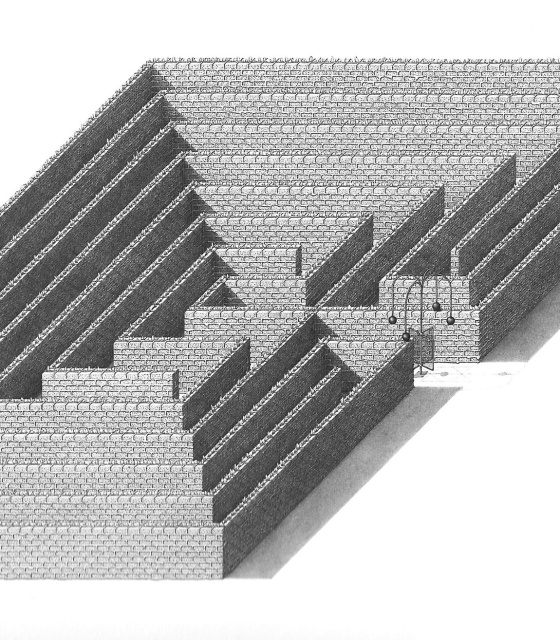 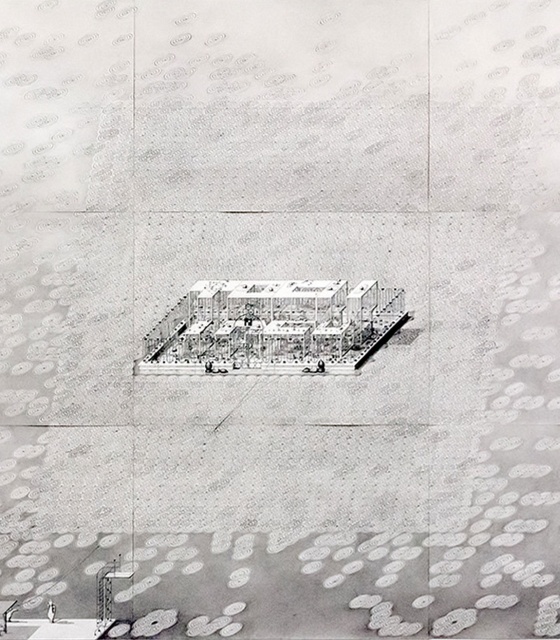 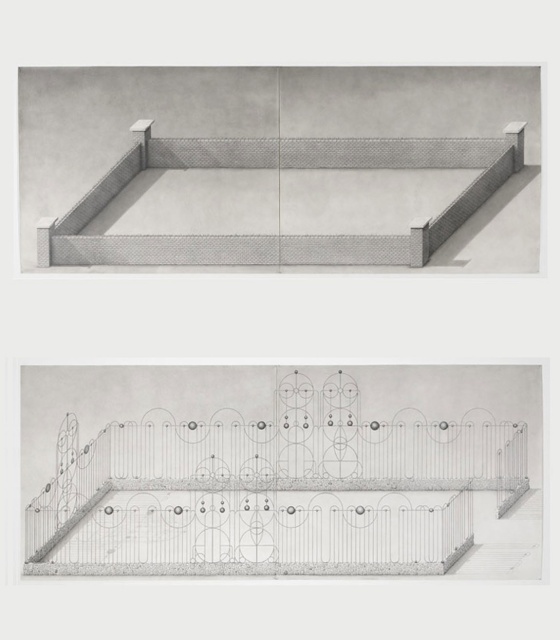 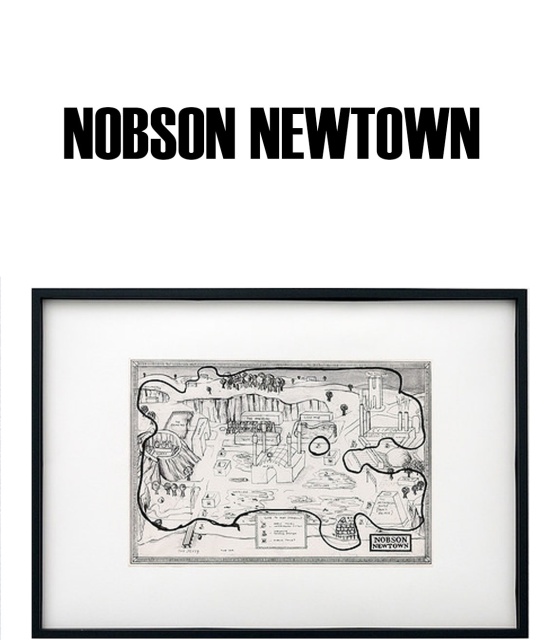 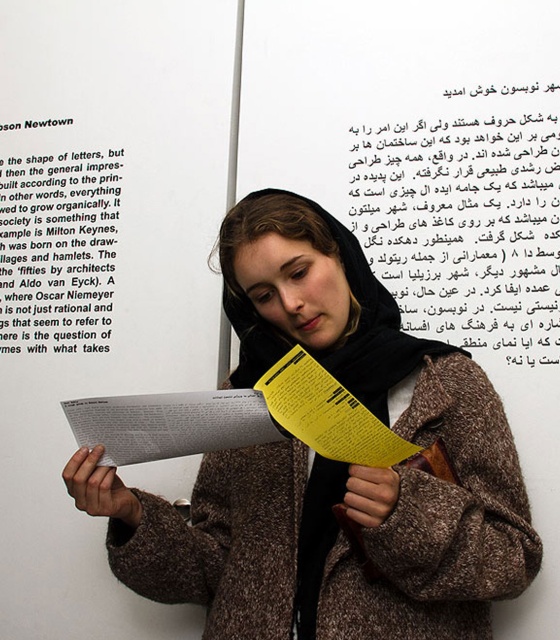 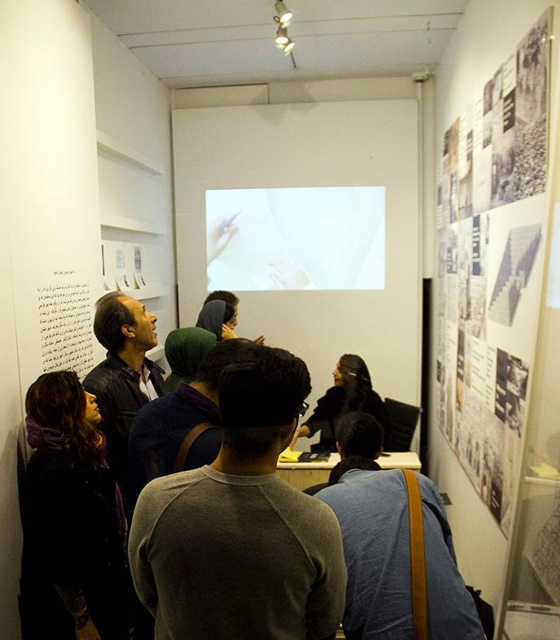 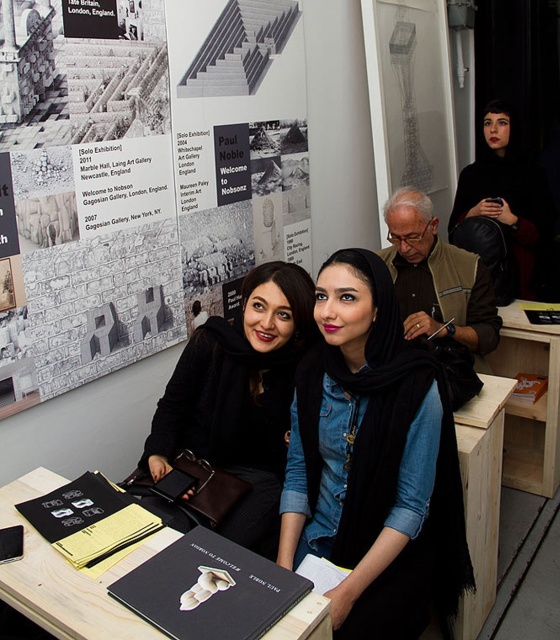 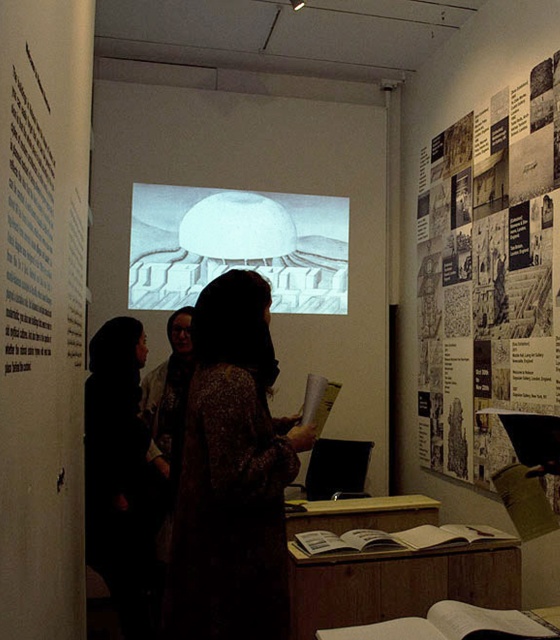 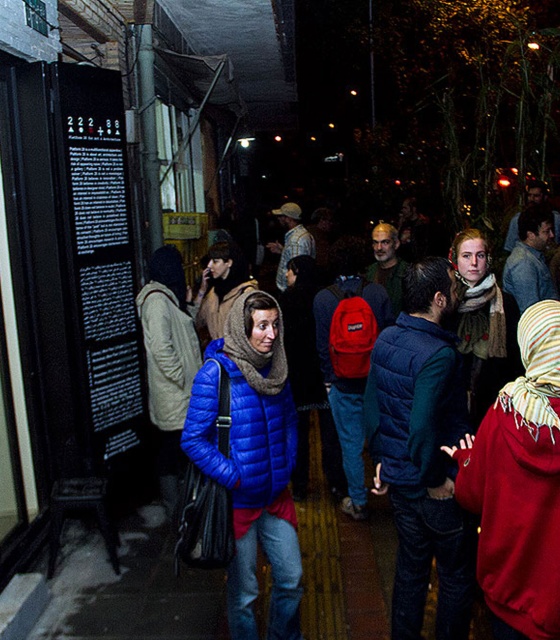 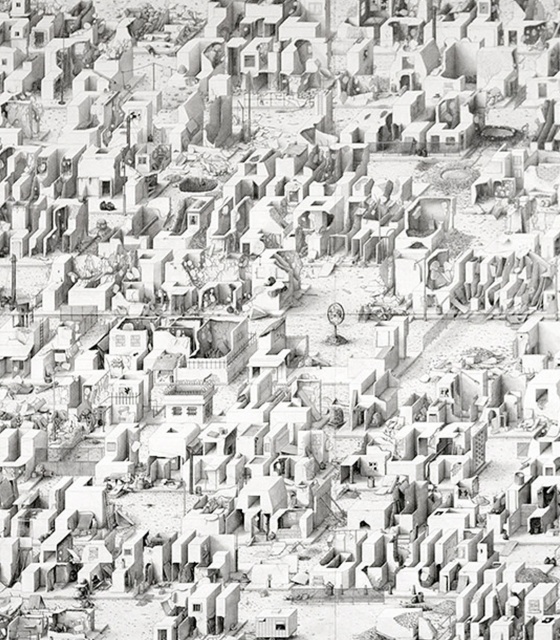 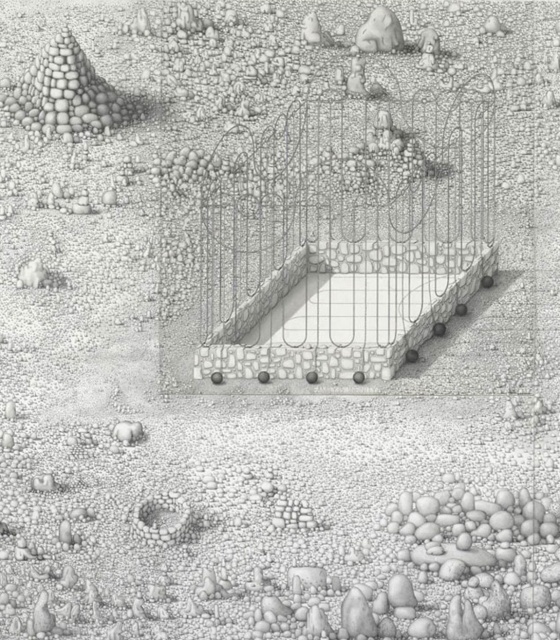 Since 1995, Paul Noble has been producing monumental and intensely decorated graphite drawings of the buildings and locations that make up the geography, history and mythology of Nobnson Newtown. Nine years and 27 buildings later, visitors can now explore the Nobspital, Public Toilet, Mall and even Nobsend (the cemetery). The accompanying guidebook describes a ‘very modern slum with a touch of poverty that perfectly combined the dual directions of time … The obvious calculated neglect and creeping seediness suggest that despite youthful optimism in the goodness of mankind and that all change is for the better, the truth is that wherever man goes, destruction and sadness aren’t too far beyond’. [1]

Having grown up on the seaside of Whitley Bay in North East England, Noble studied at Humberside Art College before moving to London’s East End in the late 1980s. He became part of ‘a cohesive sub-community’ that fought against the road planning that would eventually obliterate his neighborhood. From 1988-98 Noble and four other artists opened City Racing, an alternative art venue in a disused betting shop that was to exert an influential presence on London’s art scene. Throughout much of the 1990s Noble survived on welfare, an experience reflected in Doley, 1996, a parody of the board game Monopoly in which contestants such as ‘Ineffectual’ and ‘Burnt Out’ compete for a place in the dole queue.

Around this time Noble set out to create the fundamental bedrocks of Nobson Newtown: a hand-drawn map of the town and a computer designed font (Nobfont), based on the forms of modernist architecture. The architectural planning of this New Town, designed and built by its citizens out of rubble of the old, calls to mind the Garden City Movement’s effect on Twentieth Century Town Planning with its emphasis on social on social reform and improvement in aesthetic appearance. It equally conjures such diverse utopian ‘follies’ as Victor Pasmore’s 1960s Pavilion in Peterlee and Nicolai Ceausescu’s megalomaniac People’s Palace in Bucharest.

Nobfont letters, which are then decorated or illuminated like a medieval manuscript. In NobsonNewtown, language is literally the ‘building block’ of civilization and the foundation of society. Referencing Egyptian hieroglyphs, Chinese calligraphy, Hebrew script and graffiti on an epic scale, Noble infuses the drawings with literary, poetic and political messages.

Taking concrete poetry to its almost literal extreme, these letter-buildings are littered with the traces of human remains. From tombstones to tree stumps and from bin bags to barbecues, the detail and intensity of the drawings recall the visions of Bosch, the engravings of Piranesi, the vernacular of Viz and the critique of Robert Crumb.

Combining craft with carnivalesque, the austere with the decadent, Noble’s urban ‘textscapes’ lace social conscience with an acute sense of humor.