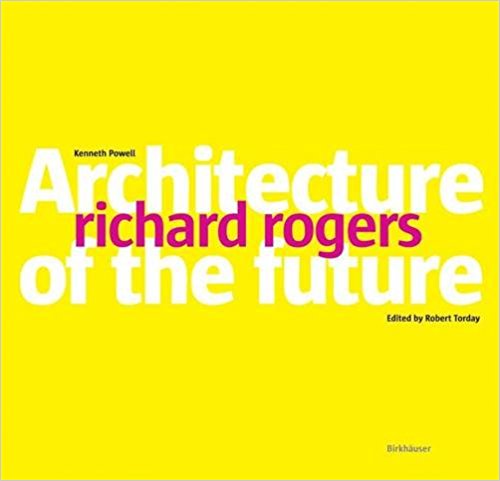 Richard Rogers: Architecture of the Future
December 2005
By Kenneth Powell

This book, written by the eminent architectural critic Kenneth Powell, provides an up-to-date overview of the work of this leading international architectural practice. Founded in 1977, with offices in London, Barcelona and Tokyo, RRP has a long-established reputation for its hi-tech and energy-efficient designs. Well known as the architects (with Renzo Piano) of the Centre Pompidou in Paris, and for the iconic Lloyd's of London building, the practice's current projects include the new Birmingham Library, the National Assembly for Wales in Cardiff and a law court in Antwerp, as well as a primary school near Kyoto and the conversion of a Bullring in Barcelona. RRP has considerable expertise in airport design -- notable examples being Terminal 5 at Heathrow Airport and Madrid's Barajas Airport. This volume also covers the practice's substantial masterplanning projects -- key projects featured include a comprehensive masterplan for the Lu Jia Zui district in Shanghai and the masterplan for the Greenwich Peninsula in London.