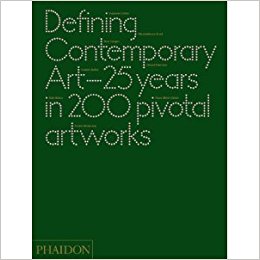 In the mid-1980s the sprouting of new movements that had driven modern art since the nineteenth century finally went dormant, sputtering out with a last few half-hearted lels ('pattern painting', 'neo-geo', 'commodity art'). But this was not the end of art history -- far from it.  In the years since, art's creative development has remained more vibrant than ever, resulting in a staggering diversity of new forms. Defining Contemporary Art responds to this unique landscape with an innovative approach to art history. Assembled and written by eight of the most prominent curators working today, all of whom have both witnessed and shaped this period, Defining Contemporary Art tells the story of the two hundred pivotal artworks of the past twenty-five years. These artworks include not only the most talked out pieces but also the quietly influential works, those which may have been overlooked at the time of their making but which went on to change the paradigm of their era. Arranged year by year, these two hundred works provide a true chronological depiction of creativity in our era, forming a mosaic in which readers may find their own patterns..