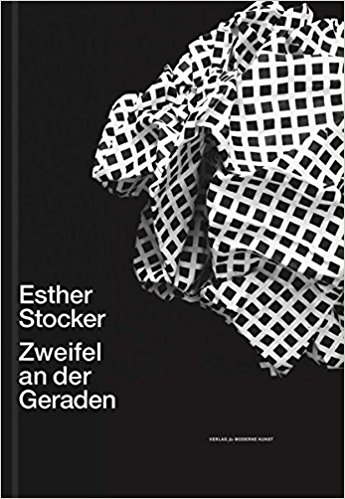 Esther Stocker: Doubts About the Line
October 2014
By Freek Lomme

Esther Stocker surprises visitors to the Kunstraum Dornbirn with enormous, sometimes hanging, sometimes lying shapes made of balls of paper.

With her impressive installations, she transforms the former assembly hall of the gallery into a field for experimentation with sensual perception by deliberately changing, disturbing and questioning conventional arrangements.

The reduction to black-and-white grid patterns is characteristic of Stocker and can be found in both her paintings and her installations. Here, the grids act as a starting point and a self-sufficient element of her image and perception worlds.