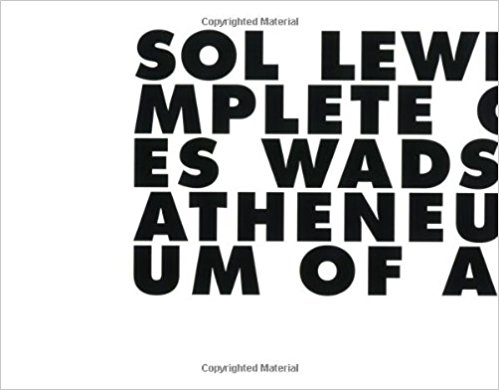 With essays by Nicholas Baume, Jonathan Flatley, and Pamela M. Lee. Begun in 1974, Incomplete Open Cubes is a sophisticated and elaborate expression of conceptualist art-making by Sol LeWitt, one of the most influential abstract artists of his generation. No other serial project by LeWitt or his contemporaries embodies with such eloquence so many of the central artistic concerns of the period.Incomplete Open Cubes exemplifies the deployment of a single idea to become, in LeWitt's words, "a machine that makes the art." The work forges a new way of making art in its ambitious use of a serial system that enables a kind of "noncompositional composition." The translation of the same idea into different scales and media is another key aspect of the work. All 122 variations in the series exist in three dimensions, from a set in which each cube is 2 1/2 inches square to the 40 inches square human-scaled versions. There are also entire sets of photographs, drawings, working sketches and notes, and an artist's book.This publication, which accompanies an exhibition of Incomplete Open Cubes, is the first sustained critical examination of this body of work. The book features much previously unpublished material, including working drawings, schematic drawings, and models, in addition to photographs of the installed structures.Copublished with the Wadsworth Atheneum.