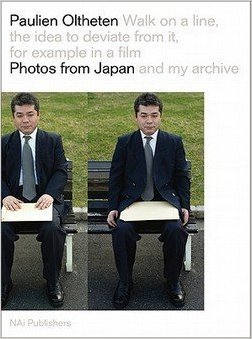 Building on the legacy of the great street photographers, Pauline Oltheten (born 1982) travels the globe gathering photos and video footage of people hanging around and tagging along. This volume combines photos and film stills recently shot in Japan with images, short texts and sketches from her extensive archive.