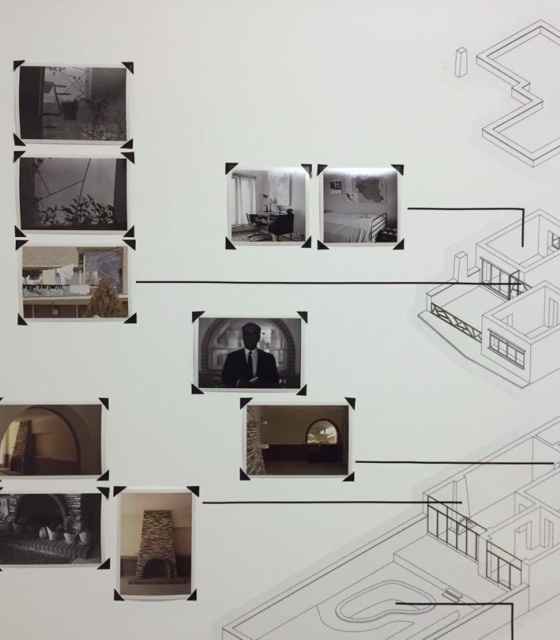 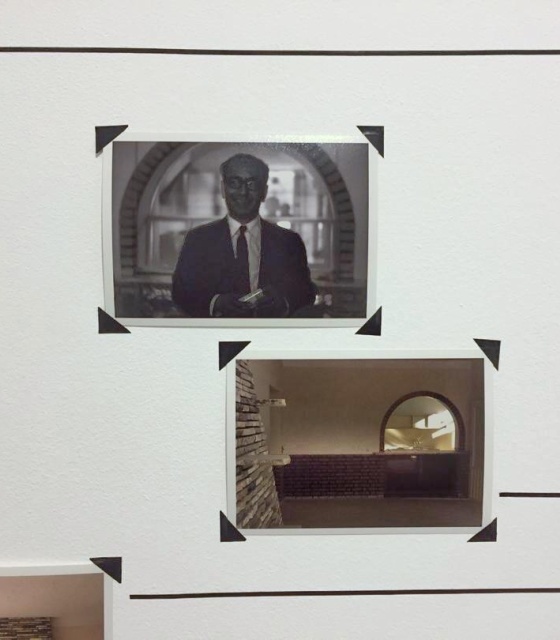 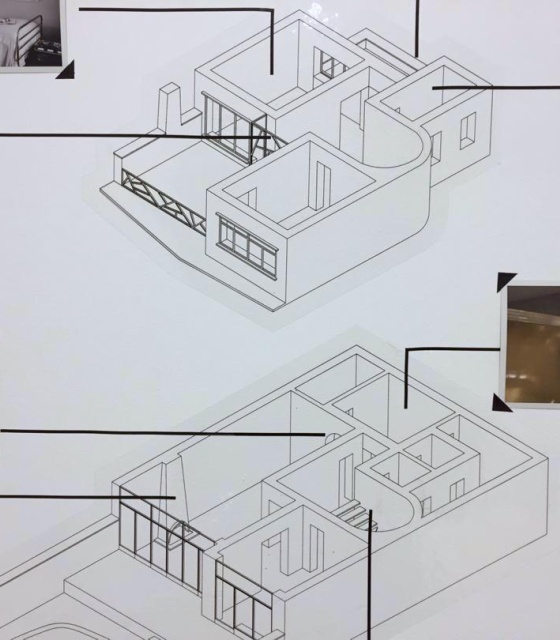 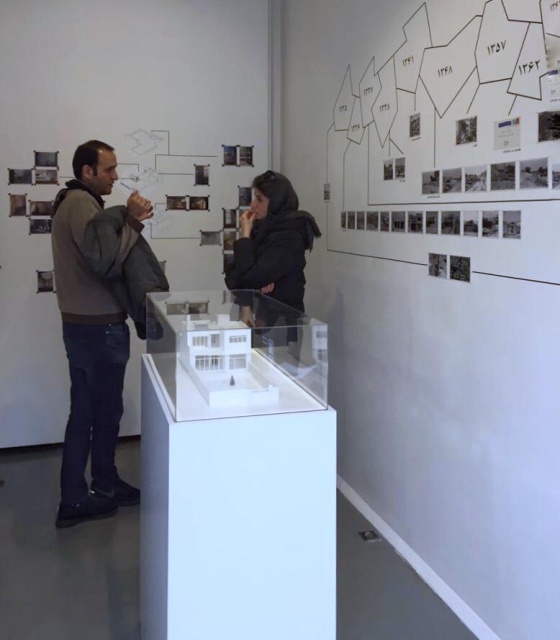 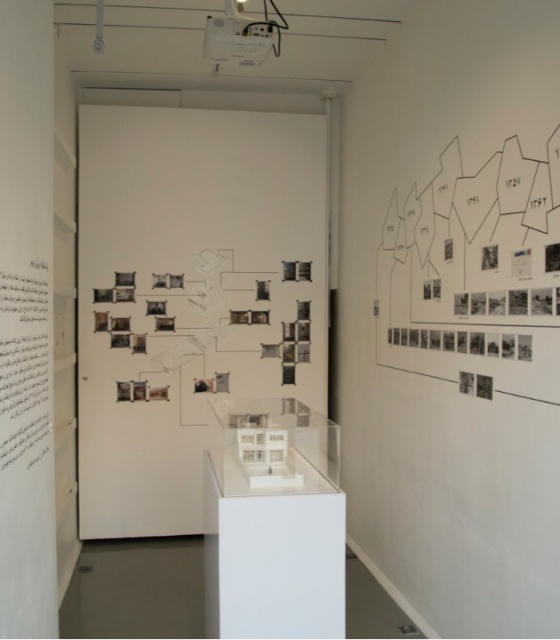 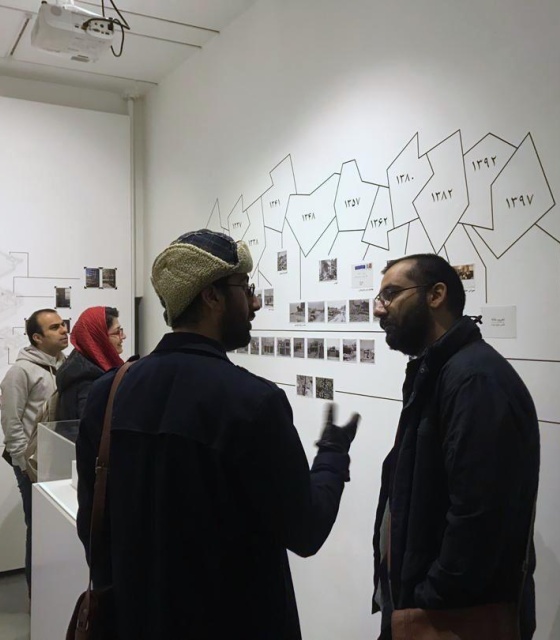 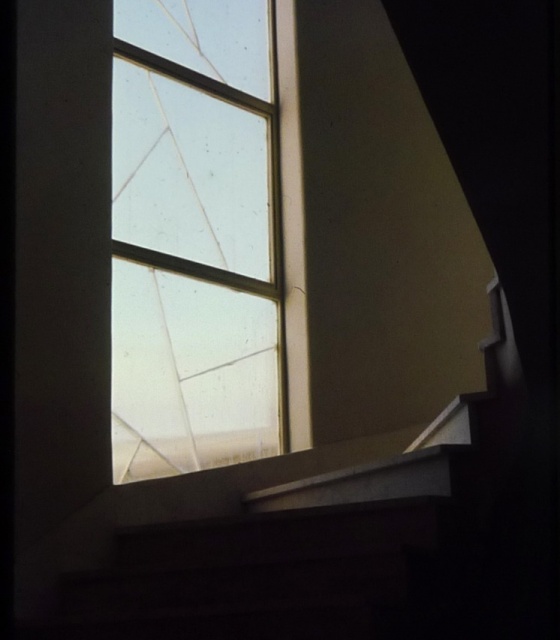 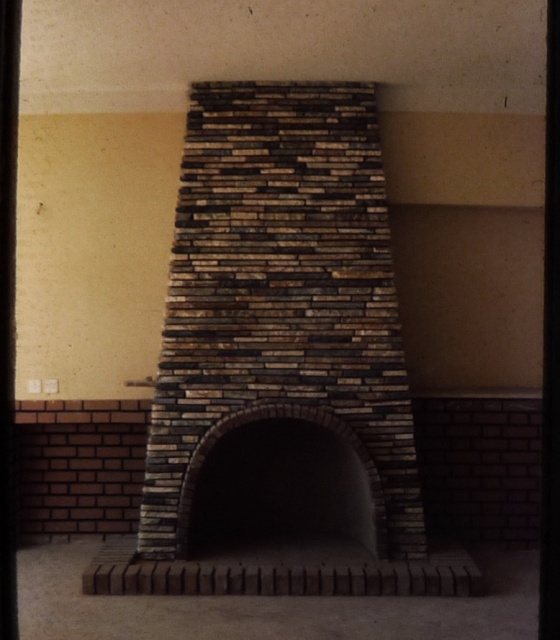 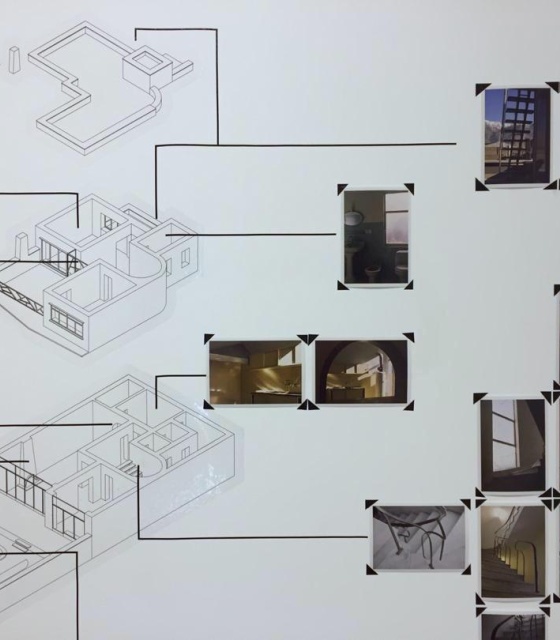 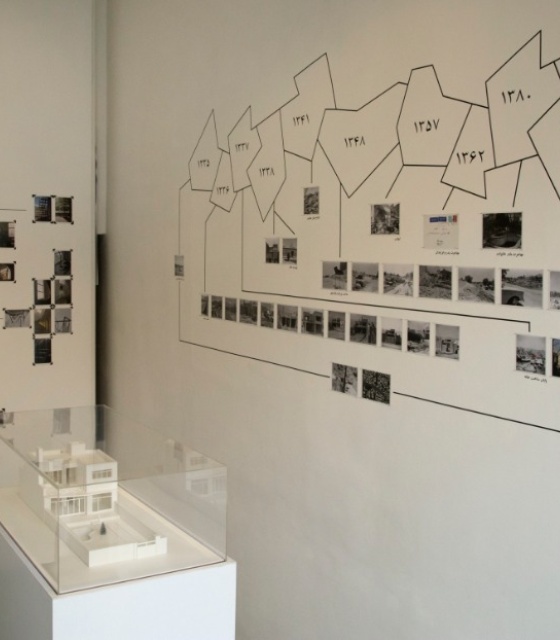 The main door opens and a straight long walkway reveals itself. The walkway passes through a minimal, formal and well-groomed garden ending with a couple of cantilevered steps. The lightweight steps are in harmony with the rest of the garden; a gentle transition to an open and elevated front terrace that separates house from garden. The entry to the house, however, is a mystery. A panelled glass wall defines the limit between the interior and exterior. While outside, you feel you are inside. The glass serves a dual function. It exposes the naked life beyond itself but also creates a barrier — a determined obstruction that both invites and prohibits. While looking for an entry, two of the glass panels open. We enter the house wondering if we have passed through a wall, a door or a window. The house starts with a direct entry into a living room. But it also has the dining room in its perspective, and the kitchen beyond that. The father is reading the latest issue of he New Yorker by the fireplace, while the mother is passing plates and utensils to her daughter through a wide arched opening that visually and physically connects the kitchen to the dining room. The son is reserving a spot for their family lunch by sitting at the table. A strange voice is heard from the room on the right! Perhaps, it’s Dr. Michael Rossi (actor Ed Nelson) who has arrived from New York City to set up his practice in the town of Peyton Place, a town around which the TV series of Peyton Place was produced in the 1950s. Near the kitchen, a staircase leads us to the bedrooms upstairs. The stairs, however, are both elements of transition and prevention. It facilitates flow to the upper floor but also conceals  entry into a private realm. Like the glass wall, it’s an element that exists to present a world beyond by defining our position in relation to it.
The story above is a picture we paint in our mind when looking at the floor plans of our exhibited house. This is not an unforeseen picture. We can find traces of it in Iranian modern literature, films, magazines or even private photo albums of 1940s-1950s. This typical idea of a middle class family, however, is the result of many socio-political changes that formed the history of the built environment from 1925 to 1979 in Iran.