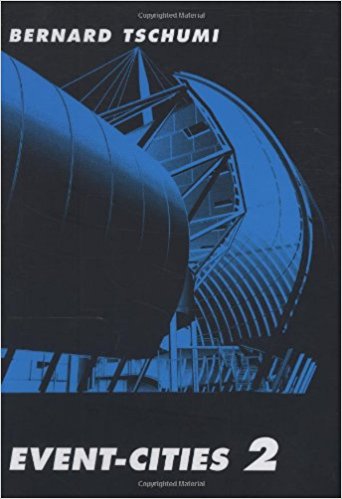 In Event-Cities (MIT Press, 1994), Bernard Tschumi expanded his architectural concerns to address the issue of cities and their making. Event-Cities 2 continues this project through new selections from his recent architectural projects. The book includes the first comprehensive documentation of the drawings for the award-winning Parc de la Villette (including many previously unpublished drawings), his project for the expansion of the Museum of Modern Art, two architectural schools, a concert and exhibition hall, a student center, a railway station, a department store, and other urban projects. Tschumi suggests that architecture can accelerate the events of everyday life through new forms of organization. Using various modes of notation ranging from rough models to sophisticated computer-generated images, he reveals the complexities of the architectural process and the rich texture of events that define urban reality today.