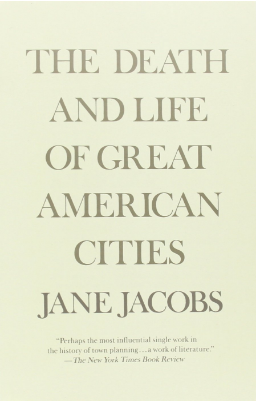 A direct and fundamentally optimistic indictment of the short-sightedness and intellectual arrogance that has characterized much of urban planning in this century, The Death and Life of Great American Citieshas, since its first publication in 1961, become the standard against which all endeavors in that field are measured. In prose of outstanding immediacy, Jane Jacobs writes about what makes streets safe or unsafe; about what constitutes a neighborhood, and what function it serves within the larger organism of the city; about why some neighborhoods remain impoverished while others regenerate themselves. She writes about the salutary role of funeral parlors and tenement windows, the dangers of too much development money and too little diversity. Compassionate, bracingly indignant, and always keenly detailed, Jane Jacobs's monumental work provides an essential framework for assessing the vitality of all cities.