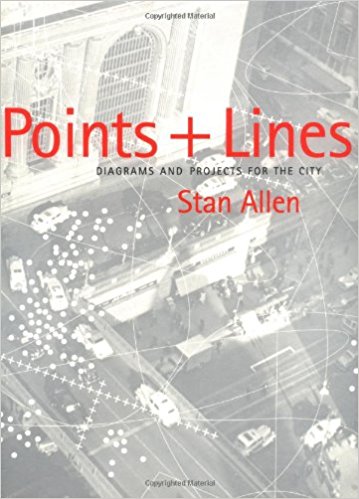 Points + Lines: Diagrams and Projects for the City
January 1999
By Stan Allen

Points + Lines: Diagrams and Projects for the City is a book of New York architect Stan Allen's writings and projects that propose new architectural strategies for the contemporary city. Organized in the form of a user's manual, it juxtaposes speculative texts outlining Allen's general principles with specific projects created by his office.

The book's title refers to this interplay of practice and theory, evoking not only the points of activity and the paths of movement found in a contemporary city but also the points of speculation and lines of argument in theoretical discourse.