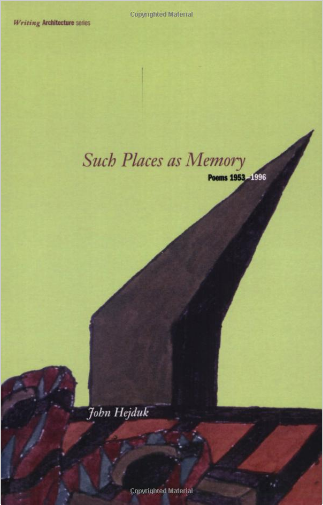 The poems of John Hejduk are almost nonpoetic: still lives of memory, sites of possessed places. They give a physical existence to the words themselves and an autobiographical dimension to the architect. Architect Peter Eisenman likens them to "secret agents in an enemy camp."Writing about Hejduk's poems in 1980, Eisenman observed, "Walter Benjamin has said that Baudelaire's writings on Paris were often more real than the experience of Paris itself. Both drawing and writing contain a compaction of themes which in their conceptual density deny reduction and exfoliation for a reality of another kind: together they reveal an essence of architecture itself." This is the first comprehensive collection of Hejduks poems to be published outside an architectural setting.