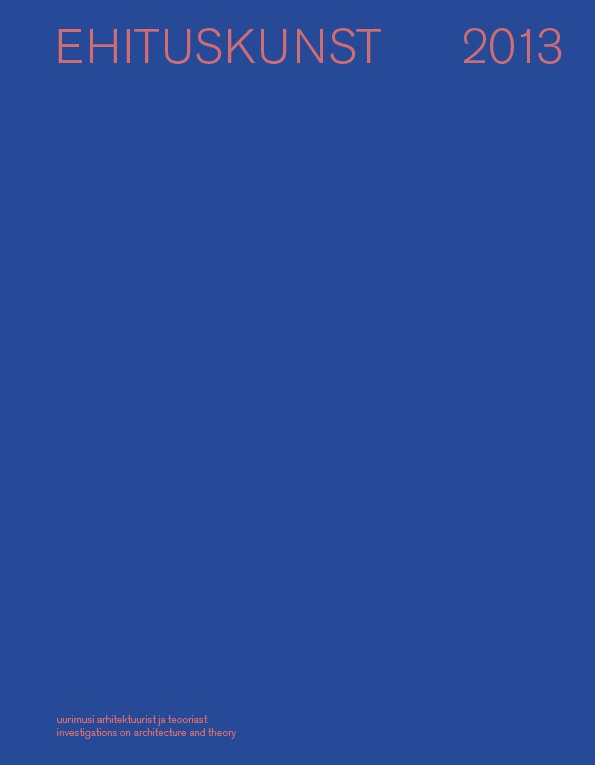 The 56th issue of Building Art bears the title "... like dancing about architecture", which discusses the process of creating architecture and ways of presenting architecture, sketching, criticizing, uncertainty, unbuilding and much else.

The 56th issue is written by philosopher Eik Hermann, architect and teacher of the ESA Indrek Rünkla, researcher of architecture at the EKA Renee Puusepp and architect Nerma Cridge; For the first time, there is Robin Evans's review of "The Rows That Are Not Being Anything" (in Ingrid Ruud's translation), and Siim Tiisvelt's master's thesis will appear in the new workspace.

"Although the architecture itself is three-dimensional, it is often presented in two-dimensional and visual terms - in the form of drawings, diagrams, or in other words the letter after letter as a text. The thoughts of architects from space translate into words, pictures, sketches, renderings, gestures, sounds, films, feelings, sensations. Part will be lost in the translation, but the second part will win the mistake. "

The oldest architectural magazine in Estonia The Art of Construction is a collection published annually, which publishes research on architecture and theory. Each issue publishes one peer-reviewed scientific article.