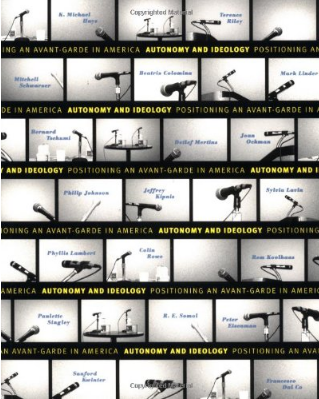 This is the documentation -- transcripts, essays, and images -- of the proceedings of an influential conference held in honor of Philip Johnson. Hosted in New York City in February 1996 by the Canadian Centre for Architecture, together with the Columbia University School of Architecture, Planning, and Preservation and the Museum of Modern Art, the conference was organized by Phyllis Lambert and Peter Eisenman and convened by Robert Somol. The international roster of diverse participants included historians, theorists, critics, and architects who debated such themes as the critical dynamics between museums as institutions and the material they represent; the issue of "high" and "low" in art and architecture; and the potential to expand the concept of the avant-garde within the borders of the discipline.

With the intention of developing a specifically architectural discourse of the modernist avant-garde from within and from without the discipline, the participants debated the extent to which the practitioners of the avant-garde in America were interested in the formal rather than the philosophical, political, and economic underpinnings of the European movement, which to date had remained unexamined. They discussed new ways of working and thinking through the problems of modernity as it began to be experienced at the start of the 1920s.